The Partnership That Benefits More Than 150,000 SMEs in Brazil and Further Afield 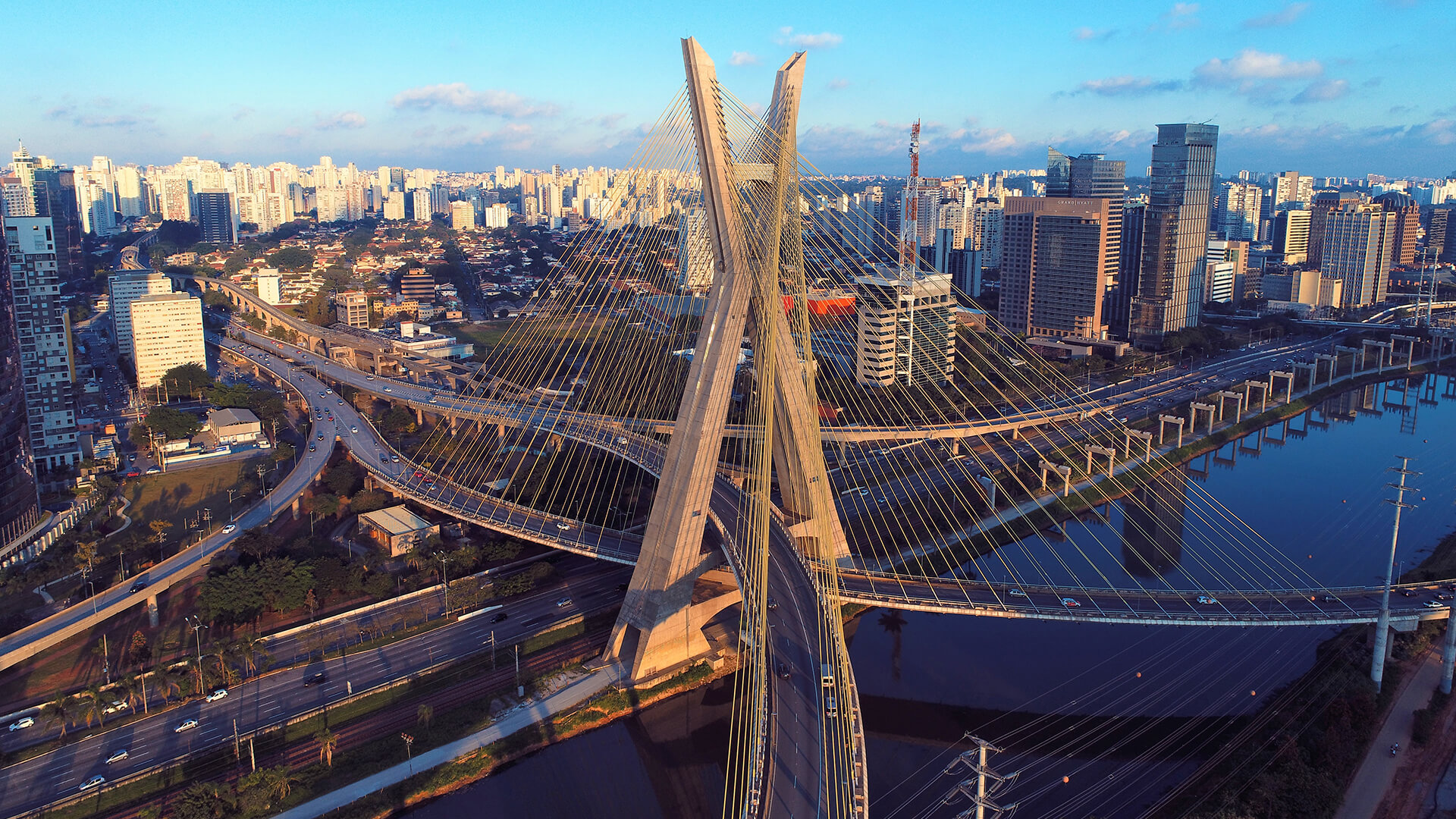 “B2Brazil aims to facilitate foreign trade for micro, small and medium-sized companies. Through our platforms we connect international buyers and sellers and we increasingly want to provide value-added services to benefit and retain our growing base,” said Alexandre Ferreira Martins, partner and director of B2Brazil.

With the signing of the agreement, the companies are now working on implementing the partnership to promote and offer Bexs Banco’s exchange services through B2Brazil’s portal. The forecast is that the service will be available to the more than 150,000 companies using the platform starting in July, and that it will generate transactions of R$ 100 million in one year.

“Bexs Banco is a very innovative and pioneering bank in offering online solutions for foreign exchange services in Brazil. We are very much in sync with the objective of bringing solutions that facilitate our customers’ foreign trade operations in an increasingly digitalized world,” explained Martins.

For Luiz Henrique Didier Jr., President of Bexs Banco, the partnership comes at a time when e-commerce is hot around the world. “We will work to increasingly digitize our foreign exchange services and continue our mission of offering the best services and products in the world to Brazilians, as well as offering the best of Brazil to the world,” he said.

“We understand that foreign trade operations have a lot of growth potential in Brazil, and, like others in other sectors, they tend to migrate to the digital world. The union of our technological solutions for foreign exchange with the capillarity of B2Brazil will bring great benefits to Brazilian companies,” he added. 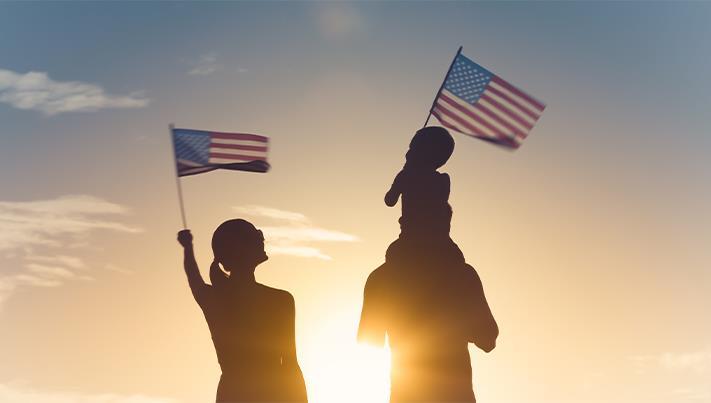 Donald John Trump is the 45thpresident of the United States of America, securing victory in the November 2016 election.

Ever since taking office on 20th January, 2017, the Republican leader has caused quite the stir with both his domestic policies and through his approach to international relations with the wider world. But how has he impacted the core American ideals and cultural beliefs, such as the historically divisive ‘American Dream’, and to what extent has this permeated into the lives of civilians?

Self-made and Successful: the American Dream
The American Dream is a term which dates back to 1931 when historian James Truslow Adams defined it for the first time in his book Epic of America. One of the most famous quotes derived from it is as follows: “the American Dream is that dream of a land in which life should be better and richer and fuller for everyone, with opportunity for each according to ability or achievement.” This sums up the ethos in its original form, as a plight for earned success under which Americans receive their potential and enjoy happiness.

However, the concept has been deconstructed by many social and ethnic groups, and it has become a point of disparity and injustice over the course of history. There have also been a string of dramatisations of the concept embodied in television and cinema, with examples such as The Pursuit of Happiness, Forrest Gump, The Great Gatsby, and The Social Network all providing different representations of the notion and its values.

Its premise, however, is supposed to govern an all-American mentality, and we’re going to take a look at how Donald Trump’s presidency has affected this so far, focusing mainly on the ideas of self-made success.

Can Trump truly advocate the American Dream?
Effectively, the American dream hinges on a rags to riches story — a started at the bottom and built it up philosophy. That said, is this something Trump could technically promote?

Born in Queens, New York, it wouldn’t be unfair to suggest that Donald had a considerably easier path to success, than shall we say, his predecessor and perhaps his biggest targeted enemy, Barack Obama.

The republican president didn’t spend his childhood on the streets — quite the opposite. He was born into a rather wealthy family. He was sent to private boarding school, before attending military academy, and later university in Philadelphia.

During his time at university he began working for the family real-estate business, which managed middle-class properties in Brooklyn and Queens. Some would be quick to suggest, “but he took the family business and transformed it into something spectacular”, which yes, he did but, can that really be considered a prime example of the so-called ‘American Dream’?

When he first entered the Forbes Rich List back in 1982 with a net worth of a more than meek $200 million, he was aged only 36 — impressive by any measurement. Although, one must remember, the springboard was already in place and it was two generations ahead of Donald. It wasn’t about employing carpe diem, this was simply a case of taking what you’re given and bettering it.

Now, of course, this wholly depends on how you perceive this concept of dreaming and we don’t believe that Trump fits within the mould.

American Business
Footfall in American malls has declined significantly over 2019, with 8,600 stores being forecast to close. Around 66 per cent of Americans hope to open their own small business. The main reasons holding people back are financial security and fear of failure at 45 per cent and 37 per cent, respectively.

In an attempt to stimulate economic growth, Trump altered the tax landscape in America by cutting taxes for corporations and small businesses, which further enriched the wealthiest while not helping the average person. Tax relief for the rich to middle classes highlights the rising financial inequality that the American Dream is trying to dispel.

Fashion Choices
Remembering that classic quote, ‘dress for the job you want, not the job you have’? It would appear that American fashion choice is reflected in business goals of the American Dream. Sales data from CT Shirts, retailer for men’s suits, have illustrated that, in general, American customers have a much more formal style when compared to their UK sales data.

The highest spend over the last year for formal shirts was plain. Solid colours were the front runner — is it a coincidence that Trump is only seen in plain shirts? The Washington Post claimed that they have sifted through archives and cannot find any images of Trump in jeans over the last 20 years, and American men are certainly presenting themselves as smart in the office.

Pink shirts were among the highest spend for both New York and California, with research finding that pink shirts have connotations of being qualified, having more confidence, and earning more money — both locations having some of America’s wealthiest areas. Unsurprisingly, white shirts remained high across both locations, a classic, timeless choice for many sectors, helping those access a successful appearance with a staple garment of clothing.

Long sleeves outsold short sleeves in both cities, an undeniably professional look. Even though California experiences high temperatures, short sleeves were bought less by customers who opted for more sophisticated choices of clothing. Slim fit formal shirts were also the most popular, giving the illusion of a tailored fit.

So then, if, as we mentioned earlier, the American Dream was originally attributed to loving and enjoying life thanks to what one had earnestly worked for, it doesn’t seem unfair to say that Donald Trump didn’t earn everything he’s got from scratch.

Yes, Trump may have rolled up his sleeves to build his empire and he may have worked his way through life as a businessman, but it’s also true  that he had an advantage that many Americans don’t always have at the start of their lives. Starting off as a young businessman, Donald Trump had that little push, an established family business, which offered him a little step onto the ladder from which he then built his empire.

Looking at the American population, a huge percentage of Americans lack exactly that starting point, which would give them access to the American Dream advocated by their president. Donald Trump’s story has somehow altered the original idea of the American Dream, meaning some groups are put into a privileged position and have more chances to living the American Dream.