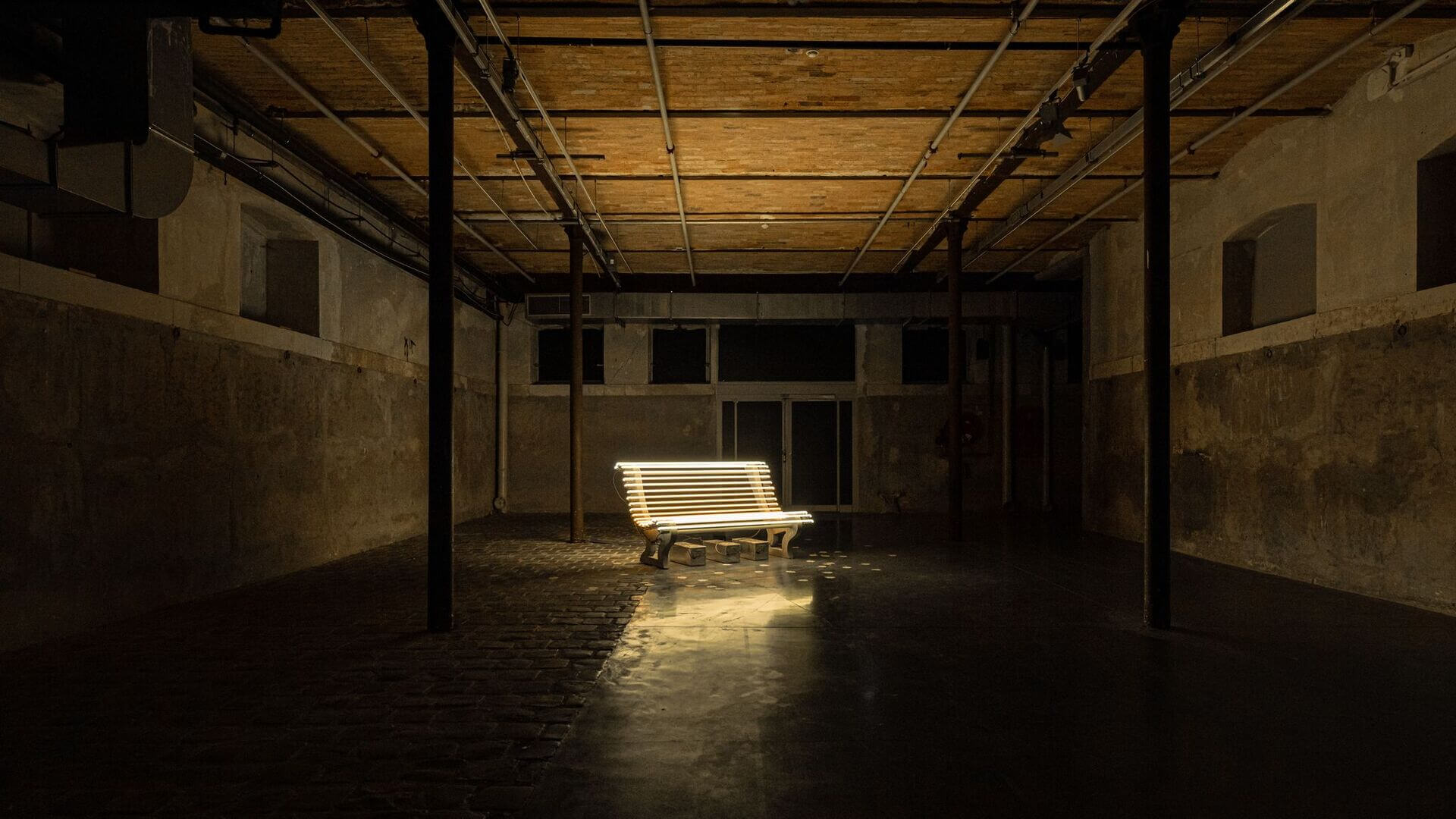 The City of Lights will be saturated with the radiant works of conceptual artist Iván Navarro as it hosts two new exhibitions, at Centquatre and Galerie Templon. The arts centre is offering a retrospective look at over 20 years of his work while the gallery is unveiling ten radically new pieces, born of pandemic-era isolation; bursting with inspiration and inventiveness, the works are entirely handmade by the artist.

Born in 1972 in Santiago, Chile, Iván Navarro grew up under the regime of Pinochet before moving to New York in 1997. Fascinated by the codes of minimalism and American design, he builds electric sculptures whose raw material is light itself. Haunted by his experience of the dictatorship, his work subtly intertwines artistic references and political engagement. He uses lighting, optical illusions and wordplay as tools to transform space, shift perceptions and explore questions of power and control. Over the years, he has created pieces that, behind their enticing appearance as light installations, evoke the darkest themes of our time: torture, imprisonment, domination, north-south inequalities and political propaganda.

With Planetarium, Iván Navarro takes the viewer on a poetic journey through cosmic landscapes. Constellations, nebulae and eclipses inhabit large panels of illuminated glass which open like windows onto infinite space. Both sublime and slightly disturbing, his imaginary maps question the limits of astronomy, mental representations and anthropocentrism. At the heart of this star-strewn voyage, pieces such as Shard refer to shattering blasts; and Mirage also implies a latent violence.

As Iván Navarro explains “observing the stars is like touching the greatest secrets of the universe with your fingertips.” Which gives rise to metaphysical probing: what are the origins of our civilisation? Is history bound to repeat itself? What role could we imagine for human beings in a constantly expanding universe?

This questioning process is driven by the artist’s incursion into hitherto uncharted territory: the use of paint as a working medium. For the first time, Iván Navarro, whose practice has thoroughly explored the boundaries between design, architecture and sculpture, is taking up the paintbrush. Repeating the same movement over and over, he meticulously engraves then paints and pours thousands of splashes of vivid colour inside one-way mirrors, transforming the LED lights into explosions and celestial phenomena. This cathartic approach underscores the artist’s examination of the modern human-machine pairing. He sets the object – an industrial-style mirror – against the arbitrary nature of the human hand, the singularity of human touch, the fragility of the human being.

This winter, a retrospective of his work will be on show at Centquatre, Paris, from 9 January  to 28 February 2021. Publishing house Skira is co-publishing a catalogue with Galerie Templon. Welcome is a 200-page work with texts by José-Manuel Gonçalvès, director of Centquatre-Paris, Pablo Leon de la Barra, curator, and Alfredo Jaar, artist, architect and filmmaker. Ivan will also be featuring a group of 10 pieces, all recent and never shown before, at the Galerie Templon from January 30 to March 27.