The USA is a Country of Professional Time Wasters 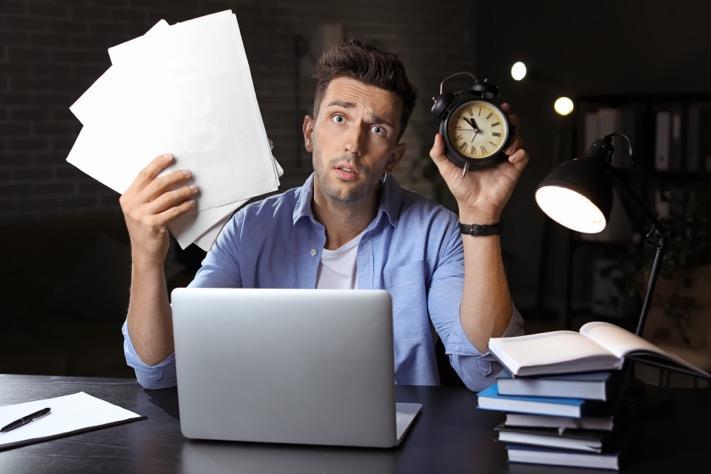 The USA is a Country of Professional Time Wasters

American Employees Reveal That Only 2% Of Work Meetings Start On Time, with WiFi (mis)connections, late attendees and WhatsApp to blame for the time wasted.

MOO, the online print and design company has released new research that dissects the day-to-day time-delays affecting the modern meeting.

Over half of Americans (53%) report that they’re kept waiting by late attendees, 44% of meeting time is wiled away with small talk, and technology issues claim another 36% of the time.

A whopping 98% of meetings are delayed by 30minutes (half of the meeting) waiting for attendees – some of which cannot even locate the appropriate room. Two-thirds of attendees (63%) arrive five minutes late for an hour-long meeting failing to find the meeting room!

The top five reasons for time-wasting before a meeting include:

Choosing where to sit posed problems for professionals as 66% claim to spend at least five minutes of their one-hour meeting considering the options. Men are less decisive than women and take two minutes longer to work out where they’d rather be seated. 66% of US workers also said they can spend up to five minutes simply getting the temperature of the room right before they’re ready to start.

The research finds that shockingly 98% of one-hour meetings start late, which means only 2% start the agenda of a meeting on time. If not challenged with timekeeping, a further 20% of Americans spend up to 10 minutes per meeting daydreaming, which equates to one hour-a day. If day dreaming won’t cut-it, Millennials (25-34yr) will also spend 9 mins actually asleep in their meetings.

Technology proves to be a significant obstacle for Americans, as tech was blamed for 99% of meeting delays. With 1 in 10 people spending between 30 minutes to an hour trying to sort out the WiFi; whole meetings have been missed when trying to connect.

Setting up for a presentation will baffle most people as 99% of people experience up to 30 minutes of delay before they present. Surprisingly, the younger generations can’t solve the issues more quickly, 42% of Millennials (25-34yr) spend time setting up tech before a meeting starts, compared to only 30% of Gen X (44-54yr).

The delays don’t stop at the start of the meeting; distractions will also deter from productivity as 64% of people reported checking personal messages for nearly 20minutes of a one-hour meeting. Nearly a quarter (23%) also admit to splitting their attention and checking emails throughout meetings, spending up to 10 minutes on phones rather than being involved in the conversation.

Not all States are the same when it comes to meeting protocol. The Midwest are the biggest time wasters when it comes to meetings. 60% of attendees are late to arrive to meetings, compared to 58% Southeast, 54% Northeast,46% Southwest and 45% in the West. Midwest meeting attendees are the biggest chatterboxes, with over half (53%) engaging in small talk, compared to just 40% of those in the northeast, 47% in the Southeast, 43% in the Southwest and 43% in the West.

Choosing where to sit also poses problems across the country, with the Midwest being the most indecisive, as 79% take up to 5 minutes to decide where to sit, compared to 70% from the southeast, 68% from the West, 59% Northeast and 57% from the Southwest.

The delays don’t stop at the start of the meeting. Those from the Southeast are the most distracted by checking personal messages (27%), including WhatsApp, taking up to 10 minutes of a one-hour meeting. This compares to 24% from the Northeast, 23% from the West, 21% from the Midwest and 15% Southwest.

“So much time is wasted before meetings. Whether time is taken waiting for people to arrive or sorting tech – the delays are frustrating, especially if it happens frequently. Meetings are a productive tool for businesses but only when they’re run efficiently. The data that we have collated reveals that this is not commonplace,” said a MOO spokesperson. “We hope these findings will encourage people to work smarter when it comes to getting the most out of meetings.”