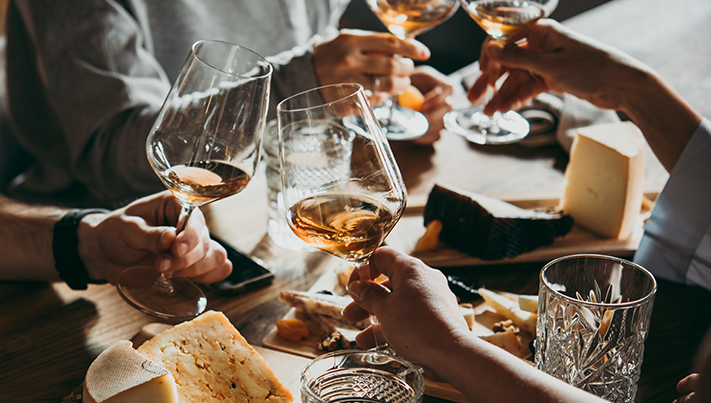 Global consumption of still and sparkling wine is forecast to reach US$ 207 billion by 2022 for total volume of 2.7 billion 9L cases, reveals the latest Vinexpo/IWSR wine and spirits report.

Driven by the trend to ‘drink less but better’, value outstripped volume growth across all regions. This is particularly evident in the Americas and Asia-Pacific. While volume and value advances in Europe were more moderate, the region continues to dominate global consumption and value shares at 58% and 50% respectively.

The USA continues to inch forward as the world’s most valuable wine market, worth
US$ 34.8 billion in 2017. France is the second most valuable market at US$ 16.7 bn, followed closely by China at third place at US$ 16.5 bn.

The Vinexpo/IWSR research predicts that China will overtake France by 2020 as the second most valuable market in the world. By 2022, the Vinexpo/IWSR study predicts that the value of the Chinese market is forecast to hit more than US$ 19.5 billion.
Ranking of the top five volume markets remains unchanged in 2017. The USA was in the lead at 318 million cases followed by Italy (266 million) France (250 million), Germany (224 million) and China (156 million).

The world’s leading import markets are Germany, number one at 126.3 million cases followed by the UK at 114 million cases. By contrast, the USA (79.9 million) and China (61 million) ranked third and fourth continue to trend positively.

While red wine dominates global consumption with a 55% share, it is forecast to fall below 54% by 2022. Over the same period consumption of white wine, and particular rosé, are set to rise.

Sparkling wine is putting fizz into the global market, especially in Europe which accounts for 65% of volume and 55% of value. World volume of 260.2 million cases was worth US$ 28.9 billion. By 2022 volume is expected to rise to 281 million cases, worth US$ 32.9 billion.

The US will drive import sparkling wine growth over the next few years, by adding 4.6 million 9L cases. Growth in the UK will slow. The Vinexpo /IWSR report that UK will add another 1.8 million cases between 2017 and 2022. Both US and UK sparkling wine imports will be driven by prosecco, a major driver of sparkling wine consumption.

While locally made spirits account for nearly 90% of consumption worldwide, international spirits are eroding this share, especially in China (baiju) and Asia-Pacific (cane, brandy and rum). Between 2017 and 2022, consumption of imported spirits will grow by 12%, to reach 399 million 9L cases.
Global spirits will inch forward in the run up to 2022. Declines in vodka will be offset by big advances by whisky (65.9 million cases) gin (9.5 million) and flavoured spirits (2.4 million).

Such is the strength of the trend to premium brands – especially in the USA and China – that all premium-plus categories (except vodka) are forecast to grow over the next five years.