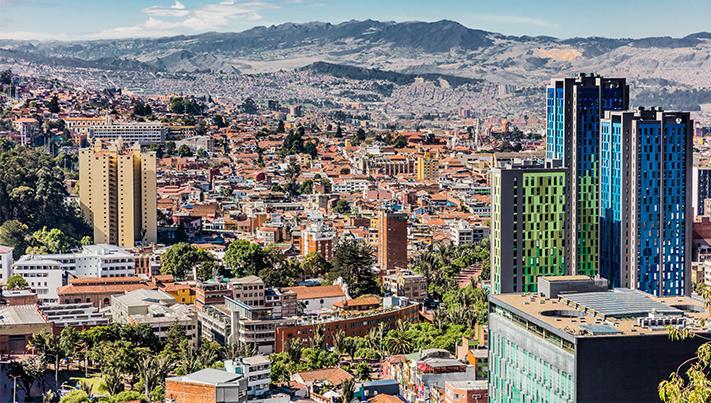 On behalf of Avianca, CEO and Executive President Hernan Rincon said: “It was an honour for Avianca to host the Star Alliance CEB meeting in Colombia. With passenger numbers in Latin America expected to double in the next decade, the presence of the top executives of the 28 airlines served as an important reminder to the governments in this region of the continued need to invest in infrastructure to support this development. As a Star Alliance member carrier, Avianca is playing its role by connecting the region with the global airline network”.

During the meeting, the CEB endorsed the business plan for 2019 which was presented by Star Alliance CEO Jeffrey Goh. This foresees the continuation of the Alliance’s strategic shift from membership growth to improving the seamless travel experience, with a special focus on those customers who fly on multi-carrier journeys.

The CEB noted the progress in the development of digital capabilities using the Digital Services Platform (DSP) including advanced seat selection which was enabled earlier in the year for United customers to select seats on Singapore Airlines flights booked via United’s online sales channels. This functionality is set to be progressively expanded to other Star Alliance member carriers.

As part of its digitalisation strategy Star Alliance has now also implemented “online redemption”. This new functionality permits customers to see the availability for mileage redemption tickets online via their respective Frequent Flyer Programme (FFP) website for flights operated by Star Alliance member carriers. Up to now, this was very often only possible for flights operated by the same airline as the FFP.

“With online we have digitally enabled a key Alliance customer benefit, while at the same time increasing the flight options available for passengers to redeem their miles”, said Jeffrey Goh, CEO Star Alliance.

Complementing the digital developments, Star Alliance continues to cooperate with airports to ensure the best possible Alliance experience can be delivered on the ground. For 2019, Asia will remain as of the focus areas for airport projects, as airport expansions continue. Additional space and capacity at Beijing’s Capital Airport will enable the Alliance to grow and improve the travel experience. Along the same lines, with the expansion and redevelopment at Hong Kong and Seoul – Incheon, Star Alliance customers using these airports will also notice enhancements to their journeys.

Following the successful expansion of the Star Alliance Connection Service in 2018, the board approved adding passenger assistance to the existing baggage expedite at London – Heathrow and Newark, as well as the introduction to this service at Brussels in 2019.

Additional investments in the Alliance’s lounge product will also be made. Following the opening of a Star Alliance Lounge in Rome, a further new lounge will be available in Amsterdam by early March 2019, with the existing properties in Paris – Charles de Gaulle and Nagoya slated for refurbishments. Further locations are also under consideration.