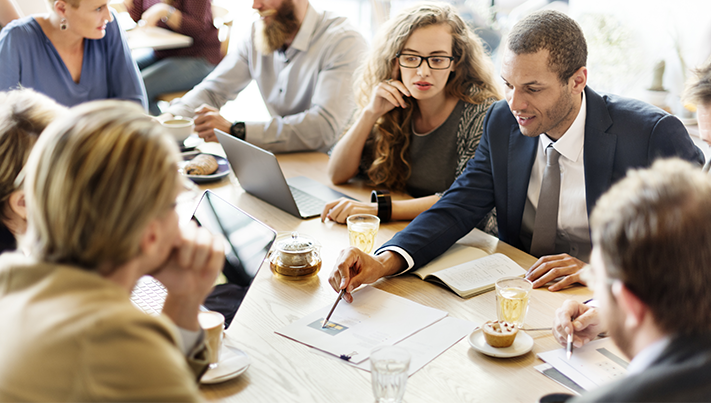 Repstor, the ECM software and matter management specialist, has announced two new strategic appointments in the US to capitalise on high demand for its legal sector solution, custodian for Legal™, in the Americas.

Repstor has expanded its sales team in the region with two established names in legal content management software, Robert Swan and Robert Scroggs. Robert Swan, who joined Repstor as VP Sales, Legal Solutions for the Americas in late 2018, and is based in the Greater Atlanta area, will focus on building the company’s legal market penetration in the region. He is assisted by Robert Scroggs as pre-sales technical consultant, who is based between Tampa, Florida and St Petersburg.

Robert Swan was previously VP of Legal Technology at IST Management Services, and his career to date has spanned a range of content management and legal technology roles with major industry players. Robert Scroggs is an experienced business analyst, who has also amassed enviable experience at document management and workflow technology companies, including iManage.

Repstor’s latest strategic recruitment drive follows the appointment of Petri I. Salonen as General Manager for the Americas, a year ago. Over the last 12 he has been building a channel for Repstor in the Americas region and growing enterprise sales. Robert Swan and Robert Scroggs will extend that effort specifically to the legal sector in the region.

Custodian for Legal, Repstor’s Office 365-based matter and knowledge management system, has struck a chord with legal teams on both sides of the Atlantic. Its collaboration and document management capabilities, optimised for legal users, harness the powerful and familiar interface of Microsoft Outlook and other Office applications, reflecting the way people instinctively interact and share information and documents with clients and colleagues.

The software is used worldwide by law firms and internal corporate legal teams, and by 5 of the top 10 global management consultancies. Recent new wins include law firm McAllister Olivarius, and the legal department of medical device manufacturer Terumo Europe.

To capitalise on Repstor’s growing profile in the Americas, the company will be exhibiting at the LegalTech Show in New York later this month. Repstor will join 9,000 industry associates and 400 exhibitors from January 29-31 at the US’s largest and longest-standing legal technology event. Repstor will host booth #119 at the event at the New York Hilton in the centre of the city.

The announcements are the latest in a run of achievements for Repstor which made the top 10 listings in the 2018 Deloitte Technology Fast 50. The annual awards celebrate indigenous Irish technology companies that have demonstrated exceptional growth.

Commenting on Repstor’s continued plans for international expansion, especially in the legal sector, Alan McMillen, the company’s CEO, said: “We’ve optimised solutions for this market, which we know well. It has been clear for some time now that, by harnessing legal teams’ existing software platforms rather than expecting them to implement completely new systems, we have met a previously untapped need. With a focused team in place, we foresee enormous potential.”

The latest career opportunities at Repstor are detailed on the Careers Page of the company website. For more information please contact [email protected].