How are big brands fighting against inclusivity? 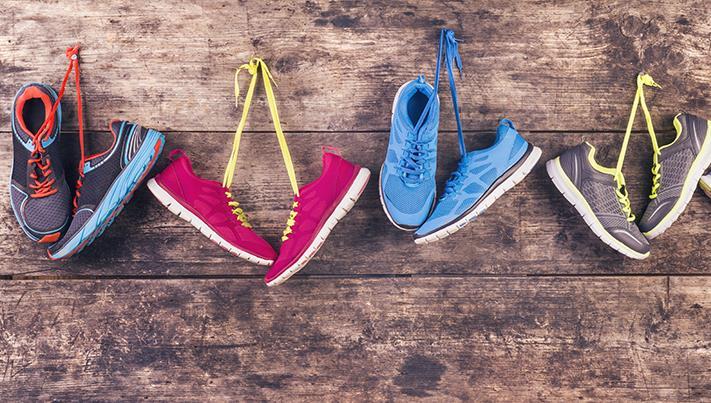 According to Entrepreneur, Millennial consumers in particular don’t just gravitate towards brands with socially-powerful mission statements. They want to see those brands actually making good on those promises. In fact, one of the key ideas this generation wants to see from brands they both shop with and work for is an active investment in finding solutions to social problems.

Actions speak louder than words, or so the saying goes. It’s certainly a feeling that is held by the majority of consumers — it’s not enough for a brand to simply say they support a cause or need for change, as they must provide some sort of action to show this sincerity.

In this article, we are presenting a handful of brands which have done just that.

2019 has been declared by some as ‘the year of the vegan’, it’s not surprising that we are seeing more and more brands making an effort to include this important lifestyle choice into their range. According to statistics from the Vegan Society, the number of British vegans had quadrupled from 2014–2018. But while most news headlines concerning veganism tend to be around the growing choice of food options available meat and dairy free, brands are also increasingly aware of their own products containing animal products.

With their new online ‘vegan’ badge and dedicated vegan section, customers can easily locate a range of footwear options that are free from animal materials and components on Gola’s website.  The shoes have undergone intensive Ve-MAP chemical testing that identifies any trace of animal DNA from chemicals within Gola’s footwear and the manufacturing process, meaning customers can be assured of their purchase.

In addition to this, all Gola vegan styles are registered with the Vegan Society, the oldest vegan organisation in the world. Founded in 1944 the Vegan Society is a world leader in its field and Gola has partnered with them to give customers additional reassurances.  It’s a widely varied range too, with everything from celebrity-picked women’s classic tennis Mark Cox trainers, sported by actress Kristen Stewart’s stylist girlfriend, Sara Dinkin, to the timeless white and black contrast men’s classic trainers.

The supermarket chain, Morrisons,  introduced a new ‘Quieter Hour’ scheme across all of its stores in 2018, working alongside the National Autistic Society. The supermarket explained that it is aware that the experience of shopping can be a difficult one for those with autism, or parents with autistic children. At best, it can be an anxious endeavour; at worst, it can be overstimulating and terrifying.

Morrisons has designated Saturday mornings between 9am and 10am as its ‘Quieter Hour’. During this time, the lights are dimmed, the music is turned off and tannoy announcements are reduced to the bare minimum. Staff also reduce the movement of stock trollies and the checkout sounds are turned down. This makes for a quieter and hopefully more enjoyable experience for customers who find an excess of noise and movements a struggle to get through.

With 13 million YouTube subscribers, 3 million Twitter followers and 11.8 million Instagram followers, celebrity entrepreneur, make-up artist, and singer Jeffree Star has worked his way up to become one of the ‘original’ internet celebrities.

Jeffree Star is a key figure within the LGBTQ community, and with his rise to fame, Star has made notable moves to help give back to the community that supported him throughout his life. One of the best examples of this came in the form of his cosmetics company, Jeffree Star Cosmetics, partnering with the Los Angeles LGBT Centre. Star launched a new product bundle specifically for this — the rainbow-coloured ‘Equality’ bundle, which contained a rainbow of liquid lip products. Proceeds up to $125,000 were donated to the centre in June 2018.

In the past, Star used all of the money he earned through discount code links with Jouer to donate towards the centre as well. Given his popularity among the digital generations, it’s clear that Star knows exactly what his customers want — for the brands and icons they follow to make meaningful gestures towards solving social problems.

No doubt we will see even more brands looking to make actionable changes towards social change. While companies and brands can’t, and shouldn’t, present themselves to be resolving these societal problems entirely, their efforts to stand for something certainly don’t go unnoticed.