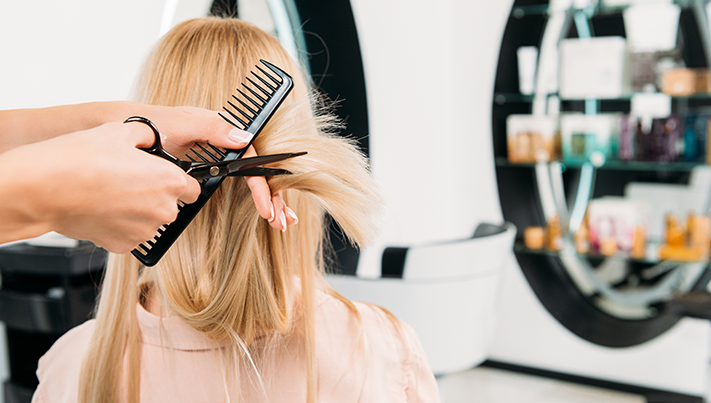 Kelly Fisher was the Owner of hair and beauty salon for sale Northampton, Identity, a very successful hair beauty salon, which she had carefully grown over 9 years to become one of the premier salons in the area. She was, however, tired and becoming increasingly frustrated with not finding the right work /family balance and she did not have the time, energy or skill-set to take the business to the next level.

She has a family of 3 young children and wished to spend more time with them. She felt she had taken the business as far as she could and that it had further growth potential in the right hands. She lacked the energy to drive the business forward and had to her time with her family. She realized her team needed to continue its success with a new and energetic Owner. She did have the staff to run the business for her but felt the business needed to grow, so knew the only option was to sell.

Kelly had appointments with a few agents but decided on ETS Corporate for various reasons.

Kelly was happy that ETS Corporate had the appropriate experience within the industry to handle the sale. She liked the added credibility that ETS Corporate was recommended by the NHF (The national hairdressers federation) and also prepared a webinar for their members that were considering selling their Salon. She also liked the fee structure and the fact that ETS Corporate do not charge upfront fees like a lot of other agents and charged only on a successful sale.

When she approached Zach Dogar, who is a fellow of the Institue of Consulting she said:

“I spoke to a few different agents and I think you really understood me and the business and how I wanted the business to be moving forward, to be a success. It wasn’t just a case of selling and go, it was actually to “benefit the people in the salon and moving forward the salon being an even bigger success than I could drive it and you really understood that for me”, said Kelly Fisher

“The staff were a big thing for me, making sure they got looked after and obviously the clients.” You can hear Kelly’s interview with Zach Dogar at the bottom of this page or on this youtube link.

Kelly was very nervous as had no experience in selling her business and part of the sales process was for ETS to attend all meetings with serious Buyers on site on Sundays when the salon was shut, and also to attend a final meeting to ensure completion went smoothly. Zach also had to be at the end of a phone at all times as Kelly is a natural worrier and often needed guidance and reassurance.

She did not want staff finding out, so Zach helped her time the announcement of a new acquirer so that it had minimal impact on the business, and once the deal was done.

She was happy to be involved in an earnout and stay on in the business as an employee for 3 months and then offer consultancy for the one-year earn-out period.

She first instructed ETS Corporate on the 27th July 2017, and the business was taken off the market on 29th June 2018 after an offer was accepted by Kelly. The offer involved an earn-out, which meant that Kelly would stay involved in the business for a year, which suited her, as she wanted to be a part of its growth and success. She also wanted to make sure that the staff happy with the new Owner and deal with any issues first hand during the transition period. This left the Buyer to focus on building the brand and introducing new treatments. Kelly used a recommended solicitor who has worked with Zach for almost 20 years on many deals and she was able to complete the sale despite some testing moments and an elongated legal process. The deal completed finally on the 1st of February 2019.