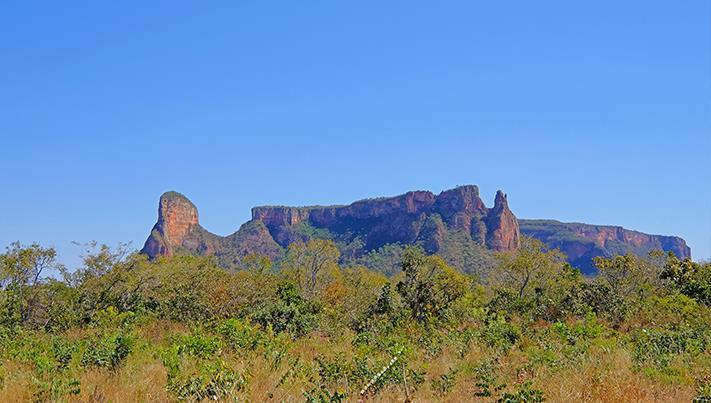 Overseas consumer markets could be responsible for more than half of the impact of expanding soy production on rare species in one of the world’s most biodiverse regions, the Cerrado savannah in Brazil, according to a new article in the Proceedings of the National Academy of Sciences (PNAS).

The paper, “Linking global drivers of agricultural trade to on-the-ground impacts on biodiversity” calculates the share of this impact that attributable to consumers in different countries around the world. More than half (55%) of the impact is attributed to food and other products that are consumed outside Brazil, with 22% attributed to consumption in China and 15% to consumption in the European Union.

“Our findings underline that local biodiversity loss is a global problem,” said co-author Paz Durán of the Institute of Ecology and Biodiversity at Universidad Austral de Chile. “Although both companies and consumers are paying increasing attention to the environmental cost of products, the complex nature of international supply chains can result in connections between a product and its environmental footprint being lost.”

Lead author Jonathan Green, from Stockholm Environment Institute (SEI) at the University of York, says: “Our new method reveals specific links between consumer countries, traders, soy production and habitat loss. This kind of knowledge can be invaluable for helping companies and countries to source more sustainably and invest in less ecologically harmful agriculture.”

The Cerrado is home to 5% of the world’s species, but the wilderness is being converted rapidly, particularly for agriculture.

The international team of researchers looked at the impacts on more than 400 plant and animal species that are highly or exclusively dependent on Cerrado ecosystems (i.e. had at least 70% of the entire range within the Cerrado), as well as a handful of more “charismatic” non-endemic species, such as the Giant anteater (Myrmecophaga tridactyla).

The study found that 86% of the losses to the Giant anteater’s range in the Cerrado occurred in Mato Grosso state, driven particularly by the consumption of products containing “embedded” soy (see below) in Brazil, China and the EU. However, species even more dependent on the Cerrado such as Kaempfer’s woodpecker and the Blue-eyed ground dove (see below) are in an even more precarious situation.

The researchers also linked the impacts on Cerrado biodiversity to specific consumption patterns in consumer markets. The vast majority of soy reaches consumers “embedded” in other products – particularly in meat and dairy products from livestock given feed containing soy, which is favoured for its high protein content.

The new paper shows that in major European markets like Germany, the UK, Italy and the Netherlands, consumption of non-beef meat products (including pork, chicken and lamb) fed on Cerrado soy had a bigger impact on biodiversity than consumption of soy-fed beef products; around 30% of the impact was linked to “other meats”, compared to 10–12% for beef. However, globally the shares were roughly equal (at 14% and 13%, respectively). (Note that these figures include all meat from livestock fed on Cerrado soy, whether raised inside or outside Brazil.)

The main scientific breakthrough described in the paper is linking a model of international financial flows with a detailed subnational-level model of soy production and trade developed by the Trase initiative in order to link deforestation to final consumption. This allowed the authors to estimate species-by-species losses of suitable habitat to derive a measure of biodiversity impact that accounts for species-specific differences in range sizes, sensitivities to land-use change and historical habitat loss.

Co-author Andrew Balmford of Cambridge University said: “The most exciting advance in bringing together these sophisticated datasets and models is the level of accountability it makes possible: we can now start to see exactly which businesses and consumers are harming threatened species, where, how, and in unprecedented detail.”

Co-author and Trase Director Toby Gardner of SEI said: “These results show that it is possible to use existing datasets to see through the tangled web of global commerce, giving us the detailed information, we need to devise solutions. We hope this methodology will be extended to other agricultural commodities and ecosystems in the near future.”

The research team include researchers from the UK, Germany, Sweden, Switzerland, Denmark and Chile.

Read the open-access paper published in the Proceedings of the National Academy of Sciences (PNAS).