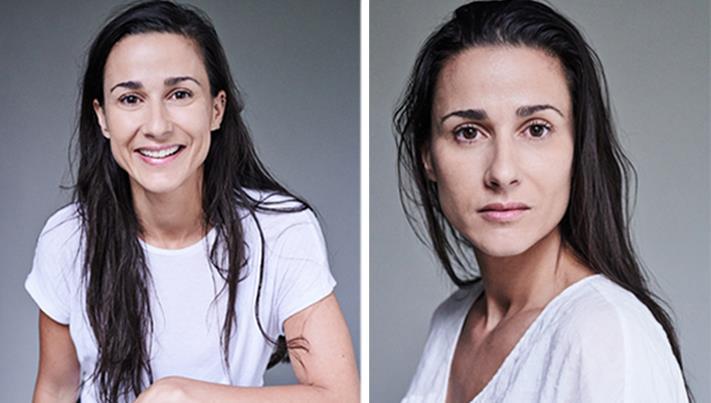 Born and raised in the South of France, Barlondo was first scouted as a teenager in Mexico City, where she soon became the only French actress to make it on Mexican television, a sensation on Mexico’s beloved Televisa. Since then, she has also become the only actress from Televisa to make it into a Warner Bros production, earning an undisclosed role in the Patty Jenkin’s upcoming Wonder Woman 1984.

Barlondo is also an award-winning forensic architect, she completed studies at Parsons in New York and the Architectural Association and Central St. Martins in London. In 2018, she was the recipient of the 2018 Design for Peace Award.

1.    From top-ranking professional tennis player to architect and accomplished international actress, now with a role in the upcoming Wonder Woman 1984 – one might say you are a bit of a wonder woman yourself. What is it about acting that means you’ve chosen it above all your other professions?

That’s very kind, thank you. When I was studying architecture and playing tennis, I continued to act in my spare time and work towards perfecting my craft. Acting is definitely what I am most passionate about. Although I paused my career during my studies, I continued to study the craft, memorising monologues and staying aware of the market and new productions. It was important for me to get a degree outside of my acting career and design work has taught me the process of researching and building something piece by piece where every element has a specific purpose.

I started acting when I was about 16 years old and quitting was never an option for me. I have always known that acting was the right path, it is what makes me feel the most complete.

2.    You are one of Mexico’s biggest TV stars. What is it like to be the first and only French actor to make it on Mexican television? And do you find the process of filming for a Hollywood blockbuster any different?

I wouldn’t dare say that I am one of Mexico’s biggest TV stars but thank you. I will hopefully get more opportunities to work towards this in the future. I was so young when I started acting in Mexico and I didn’t realise how unusual my profile was. I didn’t speak Spanish at the time, but I followed my gut and everyone was so welcoming.  I am still learning everyday which is something I love about this experience. There is always a new word or type of food or music that I don’t know about.

From my experience, filming a Hollywood blockbuster is different from any TV production I have worked on. Filming a feature is a different process and another level of preparation. As an actor I prepare in the same way, but in terms of logistics and production, it is very different. Television work appears on the screen much faster but with cinema, it takes a year, a year and a half or more to see the work and realise its impact.

3.    You’re trained in the famed Lee Strasberg method, do you have personal methods you use in your practice, and do you think this impacts your everyday life?

I have definitely developed a sense of awareness and sensorial memory. The training I had in Mexico was based on the Stanislavski method and both complement each other really well. I like to prepare physically as well as emotionally for my roles so it definitely impacts my everyday life. I still use some of the techniques I learned as a tennis player and implement them in my acting preparation.

4.    As a part of one of Mexico’s leading telenovelas, what do you think they bring to their audiences? Do you love filming them as much as we love watching them?

I love storytelling and being close to the audience. I feel that telenovelas touch the audience in a different way by being present in their home every day and telling stories that everyone can relate to.

5.    You’re a trained forensic architect – it’s a far cry from acting. Do you use any of those skills in your current career? What interested you in this particular field?

Yes, the two couldn’t be more different but Forensic Architecture and Architecture in general have helped me become much more specific in my research and character work. I have learned to be even more rigorous than I was as a tennis player. Thanks to my studies, I approach character work as I would construction work, with the same attention to detail.

I became passionate about Forensic Architecture very quickly. I was interested in law before design and found a way to combine both. I literally googled ‘legal architecture’ when I was in the process of choosing a focus for my thesis. Before discovering that field, I was doing humanitarian work for disability rights and found emergency and forensic architecture as a medium to express myself and help people. Traditional architecture was too slow for me, I wanted to go out on the field, investigate, combine journalism, research, design, humanitarian and investigation work and forensic architecture made that possible.

6.    A former top-ranked ITF and WTA professional tennis player, you travelled extensively in your career – where are your favourite places? And how did you end up as an actress from this profession?

Without a doubt Mexico and Costa Rica! I always felt most comfortable playing in these two countries, the tournaments were some of the most organised I have seen and they always took really good care of the players. Mexico and Costa Rica have a special place in my heart as I spent many Christmases and New Year’s Eves there as a teenager and always felt at home. It is also where I learned my first words of Spanish and discovered Latin American culture, which I fell in love with.

7.    Finally – how are you finding living in London? It must feel very different to Mexico – or are there similarities in the places and people?

I love living in London and it feels like home now.  I do miss Latin America very much, its people, language, food, music…  London is very international so I have friends from all over the world and I still get to speak to my Mexican friends everyday. I have a lot of Latin American and Mediterranean friends here.

What has helped me stay connected to Latin America is definitely its food and the music. I still listen to Latin music everyday at home and have my favourite places around town for a dose of quesadillas, chicharón and guacamole. I have been missing my tortillas de Nopal and Tajin though, which I am yet to find in London!  London feels like a combination of small villages, just like Mexico City. People have been very welcoming and it’s always busy, so it hasn’t been hard to adapt.

8.    What’s the most exciting thing you find about London, having recently moved there?

One of my favourite things about London are its museums! The number of free exhibitions, the diversity of people, its streets…  I am still discovering the city every day. It is a great place to access anywhere in the world, I can go and see my family in France and go back to Mexico very easily. I love being able to experience both city and country life.

Finally, what’s next in the world of Sarah Barlondo?

I am excited to have 2 movies coming out in 2020; Wonder Woman 1984 and Framed. I am auditioning for a couple of new projects, travelling for press and hope to be able to share more soon.