2019 Manufacturing trends to look out for 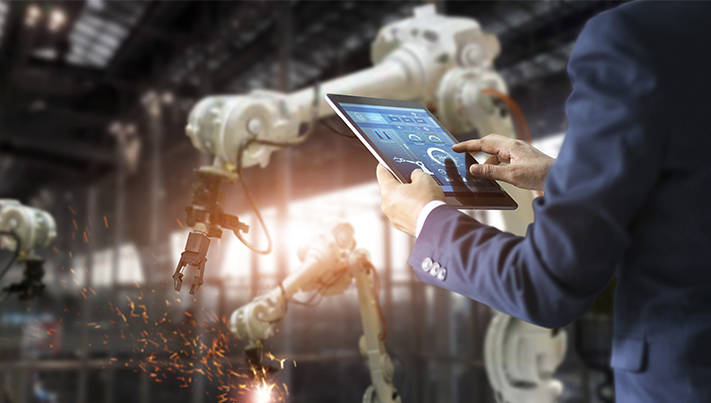 Year on year, technology keeps advancing and 2019 is not different. Join manufacturer of stairlifts, Acorn stairlifts as they detail the trends to watch out for when it comes to manufacturing in 2019…

Coming to the motoring world: Autonomous vehicles
The dreams of driverless cars could potentially come to life within the next 12 months. In fact, Tesla CEO, Elon Musk, has confidence that his company will be celebrating the feat of full self-driving sometime throughout 2019.

Speaking with Recode’s editor-at-large Kara Swisher, Mr Musk said: “I don’t want to sound overconfident, but I would be very surprised if any of the car companies exceeded Tesla in self-driving, in getting to full self-driving. They’re just not good at software. And this is a software problem.”

The motoring scene will benefit from self-driving cars once they roll off the production lines in working order. The USDOT website has stated that there’s the likelihood that autonomous vehicle technologies will reduce injuries and deaths on roads when you consider that 94 per cent of fatal vehicle crashes are attributable to human error, for instance.

At the same time, Daniel B. Work, an assistant professor at the University of Illinois at Urbana-Champaign, was a lead researcher in a traffic congestion study. From his research, he was keen to say; “Our experiments show that with as few as five per cent of vehicles being automated and carefully controlled, we can eliminate stop-and-go waves caused by human driving behavior.”

This change will be highly welcomed across the US, especially considering that the American Society of Civil Engineers had revealed that Americans spend over 6.9 billion hours a year sitting in traffic at the moment.

But just how popular will these autonomous vehicles become? Well, the world’s first purpose-built, mass-produced, all-electric car, the Nissan LEAF, was released in 2010. Fast forward to 2018 and Frost & Sullivan’s “Global Electric Vehicle Market Outlook 2018” report was predicting that the global sales of electric vehicles will reach 1.6 million units.

Coming to the fashion world: Clothing that adapts in real-time
Wearable devices and clothing materials are also being transformed by technological advancements, to the point where the items that we wear are becoming an extension of our bodies. We’ve already seen a couple of examples of this trend, debuted by two of the world’s biggest activewear brands.

First up, Reebok have produced a shape-shifting bra. Debuted by the firm during the summer of 2018, the PureMove bra is designed with a thickening fluid that changes the clothing’s texture in response to movement. In effect, the bra will stiffen while the wearer is moving to provide additional sport, and then soften when someone is resting.

Through a partnership between Puma and MIT design lab, adaptive shoes have been designed. The footwear comes complete with insoles which can use bacteria that responds to sweat — it also gathers biological information about the person wearing the shoes. Any changes are detected by electronic circuits, with data then transmitted to assist in preventing fatigue and, potentially, improve performance.

If these products get received well, then we can expect to see a lotmore real-time technology within clothes throughout 2019. Reebok has said that it is monitoring how customers respond to its PureMove bra and, if it’s well-received, the firm may look at similar designs for swimsuits and running tights. What’s more, Puma and the MIT Design Lab have said that they are hopeful that their collaboration can potentially change the design of everything from shoes for marathon runners to sports jerseys and baseball cleats for the better.

Coming to the mobility world: The Bond Stick
Technology developments have helped the elderly, from stairlifts that assist with going up and down the stairs, to the likes of Google Home and Alexis, allowing someone to turn on TV on or adjust their lights from the comfort of their couch.

For the senior citizens that enjoy getting out and about, we can expect to be introduced to the Bond stick, which was displayed amongst 50 products at the ninth International Ageing Asia Innovation Forum earlier this year. It’s a device that can be used as a walking cane but is designed more like an umbrella, thus helping people who might be wary about using a cane due to the stigma that’s often attached to the equipment.

Another handy feature of the Bond stick, is an auto-fall sensor which was designed by Bekind Solutions, that sees an alarm being rung if someone using the cane suffers a fall. The cane, also has a built-in mp3 player and radio that is there to reduce the rate of dementia deterioration by providing users with sensory stimulation.