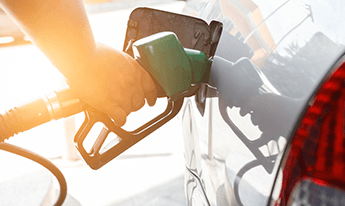 Fuel prices will be adjusted to international prices and will be guided by the offer and demand.

Mexico started 2017 with new gas prices. The fuel price hike of between 14 percent and 20 percent sparked the violent reaction from the population that has left some casualties, injured and hundreds of people arrested in the first week of January.

The adjustment is part of the energy reform approved in December 2013 by President Enrique Peña Nieto that opened the exploitation of hydrocarbons to the free market by allowing foreign participation in the energy sector and putting an end to the monopoly of state-run Petróleos de México (PEMEX) in the oil business, generating expectations of lower fuel prices supposedly brought on by a supply and demand, and competition among various operators.

On Jan. 5, in the midst of the riots, Peña Nieto said in a message to the country that the measure “serves to avoid worse consequences in the future.” According to the president, maintaining the artificial price of gas would have meant an additional expenditure of over 200 billion pesos (US$9.7 billion), an amount equivalent to paralyze the social security system for four months and cutting funding for two years for all social programs geared for the poorest population groups.

“To prevent this is why the government is taking these difficult decisions,” Peña Nieto said, while at the same time rejecting the idea that the increase in fuel prices is part of the energy reform. “This is an increase that is set externally.”

The truth is that the opening up to the market, established by the energy reform, implied that gas prices would be adjusted to international prices of hydrocarbons, thus eliminating the subsidies. Ever since its creation in 1938, from a decision of then President  Lázaro Cárdenas (1934-1940) to nationalize the oil industry, PEMEX had announced regular increases to fuel prices, although not in relation to international prices.

Economy in crisis
Many analysts agree in pointing out that the fuel and electric energy price increase will have an impact on inflation that is expected to increase by between 3 percent and 4 percent in January and could reach a maximum of 5 percent by midyear. The immediate effects will be an increase in transportation fees and goods and services that will directly affect the poorest population groups.

Gabriela Siller, director of economic analysis of Banco Base, forecasted that gross domestic product growth this year will be of only between 1.2 percent and 1.5 percent. Also, the threats made by US president-elect, Donald Trump, who will take office on Jan. 20, of slapping tariffs to car companies established in Mexico that assemble vehicles for sale in the US market, and in doing so forcing them to cancel their expansion projects, shot up the dollar that reached a historic level of 22 pesos per dollar on Jan. 10.

In a statement published on Jan. 8, the Mexican Catholic Church addressed the increase on fuel and electricity prices as a consequence of the poor administration, corruption and irresponsibility shown by PEMEX and the Mexican government.

“We must now bear an unpayable and painful burden. Decades of poor administration and irresponsible spending have us now in this predicament of the energy policy that did not foresee the social consequences because there was no sensitivity shown on this issue. And the anger of the taxpayers is well understood when they have to pay for the mistakes of others, who in the past benefitted from power with bags full of petrodollars, and forever indebting the poor and middle class Mexican population,” read the statement from the Archdiocese of Mexico.

The statement  also demanded “more common sense from those responsible to take the reins of the country, who in an insensible and arrogant manner still dare to say that the government is working to support the most vulnerable sectors of the population and that Mexicans must take on this new challenge in order to progress. The population is tired of all this. This is why there is so much anger and indignation now.”