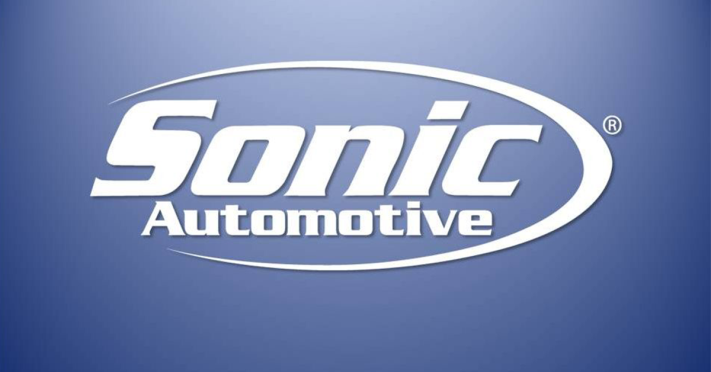 It has been said that everything rises and falls on leadership. For Sonic Automotive, it all started when O. Bruton Smith as a young man, fell in love with cars and began racing and building cars in his parent’s garage and subsequently began selling them in his front yard.

His passion for building, racing, and selling automobiles led him to open his first used car dealership in Charlotte, North Carolina. As co-founder of Sonic, it is Mr. B. Scott Smith that is responsible for the day-to-day operations of the company, and Corp America caught up with him to explore his role in the company as well as his impact upon its operations.

It was the leadership of Bruton Smith that formed the foundation of the Company that Scott celebrates today. With 20 stores across 13 states, 25 represented brands and several hundred employees, Sonic Automotive was launched as a public company in November 1997. It is that same commitment to leadership, exercised every day since that year by every one of the company’s associates, that has made Sonic Automotive so successful.

Today, Sonic Automotive is wellrenowned as a Fortune 500 company and member of the Russell 2000 Index; it is among the largest automotive retailers in the United States. These dealerships provide comprehensive services, including sales of both new and used cars and light trucks, sales of replacement parts, performance of vehicle maintenance, warranty, paint and collision repair services, and arrangement of extended warranty contracts, financing and insurance for the company’s customers.

As an industry-leading automotive retailer, there is a definitive obligation at the heart of Sonic Automotive to commit to providing its customers with an outstanding automotive experience, and this is achieved with aplomb. Delivering these services with professionalism, integrity and enthusiasm is paramount to Scott mission at the head of the company.

In addition to being co-founder and Chief Executive Officer, B. Scott Smith is also President and a Director of Sonic Automotive. Prior to his appointment as Chief Executive Officer in July 2015, Mr. Smith served as President and Chief Strategic Officer of Sonic since March 2007. Prior to that, Mr. Smith served as Sonic’s Vice Chairman and Chief Strategic Officer from October 2002 to March 2007 and President and Chief Operating Officer from April 1997 until October 2002. Mr. Smith has been a director of Sonic since its organization in January 1997, and as such uses his considerable experience – in excess of 25 years – in the automobile dealership industry to present the automotive firm as the clear choice to prospective car buyers.

There is a certain hard truth that Scott and Sonic readily admit to: the car-buying experience, as a whole, is fundamentally broken. Customers come to the dealership ready for a fight over getting the very best deal, which often pits them against the dealership and does guarantee that they will end up with the vehicle that is best suited for them and their needs. “That’s no way to build relationships or run a business,” is Sonic’s official stance. From guest interaction, through the entire life of the guests ’vehicles,

Sonic profess to being no longer in the car-selling business; rather, the firm is in a place where guest satisfaction is key, and where every car deserves a happy owner. This simple understanding as to the value of the customer determines Sonic’s entire position: from shopping to owning, Sonic has created an automotive retail experience designed around its guests, for the guests. By recognizing and addressing the ‘consumer pain points ’that Sonic sees have existed for years, Scott Smith and his team create not only happy guests to the dealership, but happy owners.

This ultimately boils down to four key points that pinpoint Sonic’s attitude to the market, and the way in which they are prepared to conduct their business. • “Easy – we have removed the pain points of typical dealerships and offer expert guidance along the way. • “Enjoyable – we offer a pressure-free experience; one where guests are in control, and we are there to offer help when needed. • “Empowering – every employee is an active participant. Not just executors, but definers and agents of change. • Open – we put the control firmly in the hands of our Guests, earning their trust through transparency and shared knowledge.”

The notion of creating a car dealership chain that puts the customer first is a simple idea, but it is one with very big implications. It sets the new, high standard for car dealerships to market themselves, as well as their approach to sales and service. It is the culmination of Scott’s journey in the industry, and there is no turning back from this mission to bring about real change.
“It is a way of working, built on the foundation of who we are today, and defines who we will be when moving forward.”

While the Sonic Automotive Brand serves as an umbrella brand to its multiple dealerships across the country, the company’s tone may change depending on the audience and situation. It is important, however, that the overarching Sonic Automotive Brand is always communicated as one company and one brand; the company’s personality represents who they are, and the image that they present to the customer.

No small part of transforming the way people buy cars involves transforming how people perceive the entire process. From purchase to service, through the entire life of a guest’s vehicle, it is Scott’s job to take the mystery out of the experience. This selfless, communal and empowering approach is ultimately why Sonic’s guests choose them and their dealerships.