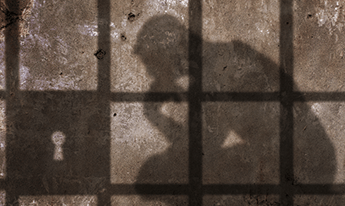 Antônio Palocci, a former Finance Minister and Chief of Staff under the administration of the Workers’ Party (PT), was sentenced to 12 years, two months and 20 days in prison for bribery and money laundering in one of the court cases filed against him as part of the Car Wash corruption investigation. In the ruling, handed down by lower court Federal Judge Sérgio Moro today (June 26), he was also sentenced to a $242,000 fine.

Moro upheld charges filed by the Federal Prosecution Service (MPF) that Palocci received kickbacks to favor Odebrecht construction company in a bidding process for a contract to build oil drilling rigs between Sete Brasil company and the Enseada do Paraguaçu shipyard. According to the judge, another nineteen counts of money laundering are related to attempts to cover up and transfer the money mainly to the Workers’ Party (PT).

“The money was paid as a compensation for unreported services received in connection with election campaigns, which is equivalent to fraudulent campaign accounting practices. That it was tainted with the proceeds of electoral fraud was the most reprehensible aspect of the Petrobras corruption scandal,” the judge said in his ruling.

Moro also ruled Palocci was “highly” culpable of wrongdoing because he committed it while in office as Chief of Staff. “One who holds cabinet office takes on high responsibility, and as such, incurs equally high culpability if they commit a crime.”

The judge also ordered Antonio Palocci to serve his sentence in prison. The possibility of obtaining a partial imprisonment benefit was made conditional upon his returning about $3 million he received in bribes.

Another 14 defendants in the same case were also convicted by Judge Moro, including former Odebrecht CEO Marcelo Odebrecht, charged with one count of corruption and 19 counts of money laundering. Because he signed a plea bargaining deal, his original sentence, which was similar to Palocci’s, was lowered to 10 years’ imprisonment.Sete Brasil’s executive João Ferraz and former Workers’ Party treasurer João Vaccari Neto were convicted of accepting bribes.