First Nanotechnology Lab in the Brazilian IT industry 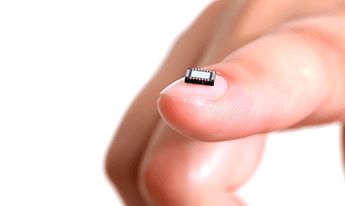 The NanoLab is part of a $4Minvestment within the recently upgraded IBM Research-Brazil lab in Rio de Janeiro and will focus on projects related to research in Oil & Gas, Agriculture and Health across Latin America.

Through its NanoLab, IBM is the first company within Brazil’s IT industry to work on building nanoscience-based technology prototypes meant to leverage the Internet of Things (IoT), cloud and big data capabilities. These simulation systems and the process of all data collection and treatment will be powered by IBM Cloud. The lab will enable physicists, engineers and computer scientists to jointly conduct industrial nanoscience and nanotechnology development in Brazil, and across IBM Research’s global network of 12 labs. The NanoLab will also collaborate with the local ecosystem, such as universities and government institutions, and has already signed a partnership with UFMG (Federal University from Minas Gerais).

The new research lab houses equipment for the characterization and testing of integrated lab-on-a-chip devices with a focus on advanced materials, such as the manipulation and testing of nanoparticles. This includes high-precision atomic force and optical microscopes, 3D printers, hardware and software testing tools, among others.

“The NanoLab is a unique research environment that provides instrumentation for the characterization and manipulation of nanoscale devices and materials, enabling the development of new methods and applications for industrial-scale IT technology. We want the NanoLab to be a hub for industrial science and technology in Brazil that attracts top research talent from around the world,” said Mathias Steiner, manager and research staff member, Industrial Technology & Science at IBM Research Brazil.

Steiner and his NanoLab team’s paper, “Adsorption energy as a metric for wettability at the nanoscale” published in Nature Scientific Reports explains how the properties of liquid oil molecules behave in completely different and unexpected ways when in contact with a solid material, at the nanoscale. The study also revealed that the simulation tools and techniques commonly employed by the oil industry do not take into account the increased energy required to extract these oil molecules. As a result, 60 percent or more of a well’s oil is left behind in the nanoscale capillaries of shale reservoirs. In response, the NanoLab team is developing nanoscience-enhanced oil flow simulations that could better-predict oil extraction from a reservoir.

According to Steiner, while the simulation does not suggest how to extract the totality of trapped oil, it offers different techniques and materials that might help to extract about 1 percent more. In Brazil, which pumps 2.4 million barrels of oil every day, that 1 percent increase in production would add 24,000 more barrels to the daily total –and 8.8 million more barrels every year (in Brazil). “Our wettability discovery is an important step to help oil and gas companies to recover more than the industry average of 40 percent of the oil trapped in their reservoirs,” Steiner said.

The next step is to study the flow of oil in nano-capillaries. To that end, IBM Research –Brazil’s NanoLab scientists developed an integrated chip platform that enables a way to experimentally validate and calibrate nanoscale flow for building better flow simulations that can determine how much pressure is necessary to pump water, as well as customized chemicals specifically designed to separate oil from a rock’s nanoscale pore network –and eventually extract the oil (for which they already have a patent: Method and integrated device for analyzing liquid flow and liquid-solid interface interaction).