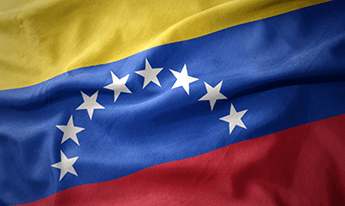 Forces from the right, the left, domestic, international, Chavista and non-Chavista are disputing the course of the country.

The “bachaqueo,” or the purchase of products at state-regulated prices to sell them at market prices, are an everyday way of life for Venezuelans.

The phenomenon clearly represents the difficulties being faced by the population to buy basic products and it reflects one of the limits of President Nicolás Maduro at the moment: continue increasing the quality of life of the population. But it also hides the root causes and faces behind this situation.

Vick Guedes, a resident in the fishing town of Choroní, in the state of Aragua, protests: “It is very hard to obtain the basic food basket: flour to make arepas [corn cakes], rice, and pasta. It’s too expensive! You can’t even buy chicken. It just doesn’t exist. Meat? No way, unthinkable. We eat foods such as eggplant, broccoli, things like that, we’re vegetarians now. We have all lost weight. We are all suffering here, waiting for this to end.”

In an attempt to counter this reality, the Bolivarian state created the Local Committees of Provision and Production (CLAP) in April 2016, in order to ensure that the basic food basket at regulated prices reaches the hands of those most needy. The measure has helped to alleviate the situation, but this is still not enough and it is not free of corruption. In other words, the state is incapable of exercising absolute control of the distribution of the subsidized basic food products. In this scenario, a bag of corn flour, a basic foodstuff, is regulated at around 500 bolívares, but it can cost up to 5,000 bolívares [an equivalent of around US$1 according to the parallel exchange rate] in the market.

Behind this food shortage crisis hides an economic and political crisis. Economically speaking, the problem has its roots in the drop of oil prices, but also in the economic model implemented by ex-President Hugo Chávez (1999-2013), who never stopped working jointly with private enterprises. Politically speaking now is a time of dispute between different forces, even within the Chavismo ranks.

Economic and political contradictions
The neoliberal forces of the right have prevailed in Latin American countries, rising to power in countries that were run by leftist governments, such as in Argentina, Brazil and Paraguay. This fact cannot be completely understood without considering that these governments were economically supported by the exploitation of natural resources and raw materials that, when their prices dropped, the capacity of these states to take action diminished as well.

In the case of Venezuela, oil represents 95 percent of the country’s foreign exchange, at a time when the country imports almost all of its consumables. Meanwhile, part of the imports along the Chavismo period have been made through private companies that receive dollars at state preferential rates to import products and services to be distributed throughout Venezuela. Some of these products, with state controlled prices, such as is corn flour produced by the Polar Company, are sold today to the communities through the CLAPs.

Just as an example, last March President Maduro gave $19 million to the national business community during the Expo Venezuela Potencia 2017 event. Nestlé Venezuela itself received $9 million in that occasion.

The problem is that this relationship between what the state encourages and what truly takes place, is not direct. These same sectors that are sustained through the state are directly responsible for the supply crisis, by giving, for example, a preference to the production of products with uncontrolled prices, such as juice instead of water, or pastries instead of bread.

This puts in evidence a limit of the Chavista economic model, so says to Latinamerica Press Venezuelan sociologist and human rights militant Antonio González Plessman.

“In practice, the social economy, despite numerous policies — whose efficiency remains to be evaluated — and countless resources, has not been able to move higher than 2 percent of the GDP. The economic power of the state and of private enterprise grew during the oil boom, while the power of the independent associated workers grew almost nil,” he says.

Up to a certain point, there was a combination of this contradictory and fragile economic model with initiatives for development of popular empowerment and broadening of social benefits. However, right now exists an internal dispute within the Chavismo regarding the pathway of this revolution, just as Johsy Coronado, of the Leftist Cultural Front youth organization of Caracas, explained to Latinamerica Press.

“There are members of the military controlling the arms, economic powers controlling the economy and production, and there are popular power sectors capable of mobilizing people. So, there are different expressions of real power that are in dispute there. And in the middle of this dispute for power, are those of us who represent the communes, who represent the state of the people, and we have not been able to impose our tendencies. Other more social democratic trends than ours have prevailed, who think bourgeoisie is going to develop the productive forces in this country,” Coronado says.

Martha Lía Grajales, of the Surgentes group, which is also active in Caracas, thinks that this moment of weakness of the socialist revolution is put in evidence by the little attention given to the development of popular participation through the communal councils and the communes, grassroots organizations created in the development process of the communal state.

“I identify it in many things. First, I see it in the decision taken to suspend the election of spokespersons in communal councils. All the efforts to create communes have had, let’s say, a slow-down coming from the political leadership; it has deviated from the message. And I also believe that the CLAP, when positioning themselves above the structure of the communal council, have weakened the image of the communal council as an instance of popular organization in the territory,” she said to Latinamerica Press.

The end of Chavismo?
In the present scenario, the political right is betting on the fall of Maduro coming from the street protests with flares of violence, looking to escalate the discontent of the population with the supply crisis, and also to publicize, worldwide, the existence of a civil war in the country.

Journalist Marco Teruggi denounces in his blog Hastaelnocau (Until the knockout) that the objective of the street demonstrations in the marches staged by the opposition is to generate media events.

“It is enough to watch the videos going around: these are made of close-ups, faces, individual actions or smaller groups. They succeed in convincing many people that there exists a fierce repression and that a multitude is in the streets. There is no need to be thousands to set an idea. It is enough to have a few pockets of violence, and transmit them simultaneously,” he points out.

The number of casualties in the demonstrations between April and May of this year has reached almost 40. These deaths, added to the declarations of the Organization of American States (OAS) as well as Mercosur and the United States, point out victories by the right in staging these scenario.

At the other end, Bolivarian Revolution base sectors bank on the entrenchment of the people’s power as a way out of the crisis. Grajales, as an example, participates in a popular consumption experience in the Caracas neighborhood of San Agustín del Sur. In association with Pan Pueblo a Pueblo (Bread Town to Town), a project that looks to rid of the intermediaries between producers and consumers, the citizens of San Agustín, through the communal councils, have organized themselves to receive and distribute this food at fair prices.

“This, at this moment, is making it possible for us to resist and come up with alternatives in face of an economic crisis that, besides, does not pass through the state; goes through a self-managed effort and an effort to generate processes for the construction of territorial socialism,” Grajales states