Walgreens sues for $140M in breach-of-contract suit against Theranos

Walgreen Co. wants to claw back $140 million from onetime partner Theranos Inc. for alleged breach of contract around the blood-testing company’s wellness centers that popped up in a limited number of Walgreens stores.

In the suit filed in U.S. District Court in Delaware, Walgreen said Theranos lied about its technology when the two agreed in 2010 to collaborate, according to the Wall Street Journal. 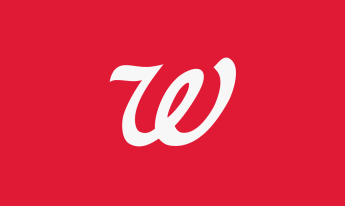 But Judge Sue L. Robinson of the U.S. District Court in Delaware granted the drug-store chain’s request to keep the complaint and exhibits under seal because, the company said, the documents contain confidential information under a nondisclosure agreement with Theranos.

Such agreements have been a key part of Palo Alto-based Theranos’ strategy since the earliest days after Stanford University dropout Elizabeth Holmesfounded the company and went on to claim that its finger-prick technology offered a new, low-cost, minimal-pain and accurate alternative to big blood testing operations run by Laboratory Corp. of America and Quest Diagnostics Inc.

“We are disappointed that Walgreens filed this lawsuit,” Theranos said in a statement Tuesday afternoon. “Over the years, Walgreens consistently failed to meet its commitments to Theranos. Through its mishandling of our partnership and now this lawsuit, Walgreens has caused Theranos and its investors significant harm.

“We will respond vigorously to Walgreens’ unfounded allegations, and will seek to hold Walgreens responsible for the damage it has caused to Theranos and its investors,” the company said.

A Walgreen spokesman said the Deerfield, Ill.-based company would not comment beyond confirming it had filed the suit.

The Walgreen-Theranos relationship began in February 2010 and reached its zenith with a September 2013 announcement that Theranos would set up shops in Walgreens stores nationwide. Yet despite a full-court press to build the company and Holmes as the next Silicon Valley success story, Theranos’ technology was questioned from the outset, and its wellness centers were built in only 40 Walgreens stores.

All but one of the 40 stores were in the Phoenix area; the other was in Palo Alto.

After the regulatory Centers for Medicare and Medicaid Services found problems with Theranos’ lab in Newark, and news broke of a Securities and Exchange Commission investigation into Theranos, Walgreen pulled out of its deal. Last month, Theranos closed its Newark lab and fired 340 employees, or about 40 percent of its workforce.

Theranos had raised $686 million and was valued at about $9 billion before the Wall Street Journal wrote a scathing series of articles about a year ago that suggested the company had exaggerated its technology. Its investors include Draper Fisher Jurvetson and Oracle founder Larry Ellison.