Uber is so secretive about its finances, it spooked investment banks 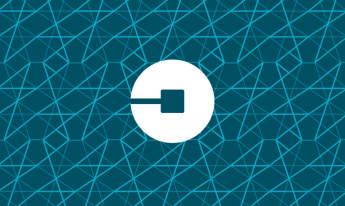 The investment banks both had concerns about filling demand if they couldn’t provide their investors with financial specifics, according to Bloomberg, citing sources close to the situation. Bank of America Corp.(NYSE: BAC) and Morgan Stanley (NYSE: MS) wound up selling the shares earlier this year through their private wealth divisions.

While Uber was not forthcoming with data, CEO Travis Kalanick did tell interested bankers that if their firms did business with Uber’s U.S. competitor, Lyft Inc., they would be less likely to be hired by Uber to sell shares, Bloomberg reported, citing people familiar with the talks.

The banks are jockeying for a favorable position as Uber heads toward an IPO, although no one knows when that will happen. Kalanick has been cagey when it comes to a timeline for the public offering, comparing his company to an “early high schooler” being asked to prom, saying it is simply too soon to provide an answer, per a Bloomberg report last month.

Uber tries to keep a lid on its internal financial models, keeping drivers and investors in the dark on how much it needs to charge passengers to become profitable. Uber says it charges riders as low a fare as possible because of competition in the sector, but drivers are suspicious that they’re getting cut out of extra earnings, according to a report by Annie Gaus of the San Francisco Business Times.

What is known is that Uber has raised more than $16 billion in cash and debt on a valuation of $69 billion, Bloomberg said. If it were to go public right now, it would have a valuation higher than 90 percent of the companies in the S&P 500 Index, Bloomberg said.

It’s no wonder that investors want more information on the ride-sharing leader. The company lost $1.27 billion in the first half of this year, Bloomberg reported in August. Uber’s head of finance, Gautam Gupta, shared the losses during a call. Uber reportedly lost $520 million in the first quarter, and $750 million in the second quarter of 2016.

In addition to losses, tech companies are also seeing a chilly climate for IPOs. There have been only five tech IPOs from the Bay Area this year, and three of those occurred in the past month, according to Cromwell Schubarth of the Silicon Valley Business Journal. San Francisco-based Twilio (NYSE: TWLO) ended a more than six-month drought in such offerings at the end of June.