The Business Elite: CFO of the Year – Oregon 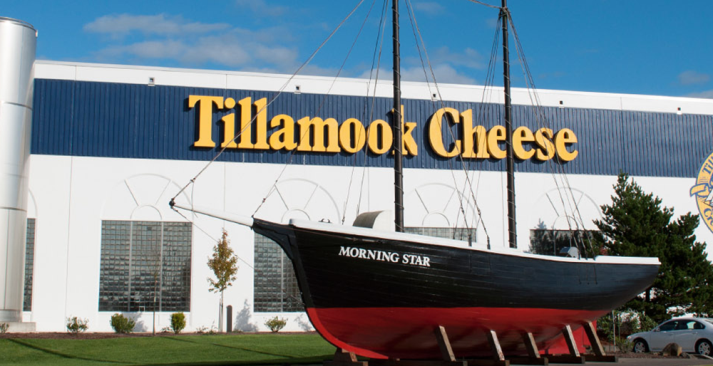 Set against the backdrop of the rainy west Oregon coastline, an historic partnership of dairy farmers has benefitted greatly from their environs, known pseudo-officially as the Land of Cheese, Trees, and Ocean Breeze.

The Tillamook Valley in Oregon has been ideal for dairy cattle since the mid-19th Century. With a climate more partial to rain, the rich quality of the grass is prime real estate upon which to build a pasture and rear cattle. As it happens, this area has been cultivated by American entrepreneurs since 1854. The only problem facing these frontiersmen was how to properly transport their high-quality milk and butter produce over the mountains to be sold. Innovation and determination prompted the introduction of the schooner Morning Star, whose mission was to ferry the produce up the coast to Portland.

This story is engrained into the legend of the modern Tillamook County Creamery Association (TCCA), which grew out of a partnership between ten independent dairy farmers in 1909. The Morning Star is immortalised on the modern co-op’s logo, and a replica of the original ship, built by master shipwright Richard Miles of Aberdeen, Washington, is on display at the Tillamook Cheese Factory in Tillamook, Oregon.

Today, the TCCA is a vast cooperative of nearly 100 dairy farming facilities, who remain guided by their century-old values of quality, cooperation, integrity, stewardship and responsiveness. Their production across a large range of facilities churns out a comprehensive range of well-made dairy products: ice cream, butter, sour cream, and yogurt. Most of the Association’s production, however, is devoted to their award-winning cheeses, particularly cheddar, but also including Colby, Monterey Jack, Pepper Jack, mozzarella, and Swiss. The Tillamook Cheese Factory in Tillamook welcomes more than one million visitors per year, and offers them a chance to watch cheese production and packaging from a viewing deck, as well as sample and purchase every variety of Tillamook cheese made.

These cheeses are very much the flagship line of Tillamook’s produce, owing to the long list of accolades and awards that they have received over the years. Aided by the construction of a second facility devoted to cheese production in Boardman, Oregon, the production capacity of TCCA’s cheese lines has doubled since 2001, and the Association has routinely won awards from the American Cheese Society and other groups, owing to the hundred years of experience and uninterrupted business in the area. In March 2010, Tillamook’s Medium Cheddar cheese scored 99.6 out of 100 points possible, beating 59 other entries to win the gold medal in the 2010 World Cheese Championship Cheese Contest, hosted by the Wisconsin Cheese Makers Association in Madison, Wisconsin.

This recognition by a leading authority in their industry has given the TCCA a major spur to keep building their dairy enterprise, and has also paid off through the steady dissemination of their products across not only the Northwest states, but across the rest of the country. The factory now plays host to a number of events aimed at attracting new local business, while cementing its place at the centre of their community. Every summer in Oregon sees the company open its doors to take on a wave of summer staff, all the better for facilitating a surge in demand for freshly-made ice cream, while giving opportunities for young locals to contribute to a staple of the regional economy.

Even today, the rugged isolation of the Oregon coastline lends itself to the family business’s continued success in the area. The 2010 U.S. census did not measure the number of cows in Tillamook County – which the TCCA think is a tremendous shame – but if it had, it would have recorded that they outnumber the people that live there. Maintaining such a balance of nature, with the veritable rainforest of Douglas Firs that make up the Tillamook State Forest right on their doorstep, the TCCA has been blessed to achieve so much in their remote area.

With the TCCA’s main facility, the Tillamook Cheese Factory practically straddling Route 101, the logistical nightmares that once beset their forefathers have been laid to rest thanks to modern transport economics. As such, Tillamook cheese, ice cream, yogurt, sour cream and butter can be found in refrigerators and freezers across the U.S., but there is still so much wilderness here that the family business has a guaranteed future as producers of high-quality dairy products for years to come, uninterrupted by the pace of more industrious lifestyles in Portland and elsewhere.

As long as it continues to rain in Oregon, the TCCA story will continue.