The Business Elite: CFO of the Year – Connecticut 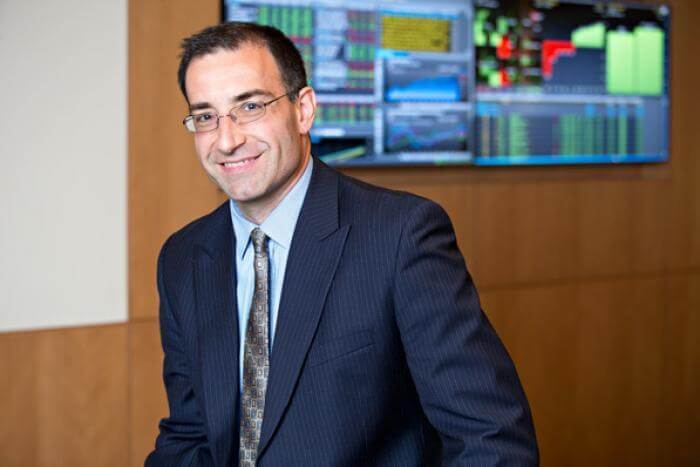 FactSet delivers the world’s best insight and information to investment professionals through superior analytics, service, content, and technology. We profile the firm’s dedicated CFO Maurizio Nicolelli and explore his role in the firm’s success.

FactSet was founded in 1978 and has been publicly held since 1996. The Company is dual listed on the New York Stock Exchange and the NASDAQ Stock Market under the symbol “FDS.” 2015 marked the Company’s 37th year of operation, its 35th consecutive year of revenue growth and its 19th consecutive year of earnings growth as a public company.

As of August 31, 2015, FactSet has a market capitalization of $6.5 billion, which is up 22.6% over last year. The Company currently has 38 office locations in 21 countries employing 7,360 individuals. In March 2015, FactSet was ranked #48 on Fortune’s “100 Best Companies to Work For,” marking the Company’s seventh appearance on the list in the last eight years. FactSet was also recognized as one of the UK’s “Best Workplaces” by the Great Place to Work® Institute UK for the seventh consecutive year, listed in Crain’s “Chicago’s Best Places to Work” for the third year in a row, and included in the “2015 Best Places to Work in France” list for the fourth consecutive year. In addition, in July 2015 the Company was awarded the Best Research and Analytics tool at the 2015 Systems in the City Awards.

Since becoming a public company in 1996, FactSet has evolved from a U.S.-centric software firm into a global company generating approximately a third of its revenues from clients outside the U.S.

Through technological proficiency, a dedicated workforce, and an unwavering commitment to client service, the Company has driven revenue and earnings per share to new heights, as well as increased its international presence, and ultimately, its competitive edge.

Maurizio Nicolelli has been the Chief Financial Officer of FactSet Research Systems Inc. since October 18, 2013 and has been its Senior Vice President since October 1, 2009. From 2002 to 2009, he served as Vice President and Comptroller of the Company. From October 2009 to 2013, he occupied the position of Senior Vice President, Principal Financial Officer and was named Chief Financial Officer in fiscal 2014. Prior to joining FactSet, he was employed at PricewaterhouseCoopers LLP. He holds a B.S. degree in Political Science from Syracuse University and an M.B.A. degree in Accounting from St. John’s University. He is also CPA licensed in the state of New York.

Ultimately, the firm is in a strong, industry leading position thanks to its dedicated team, which includes Maurizio, and under his guidance the firm has experienced unprecedented growth, which it will endeavour to continue in the future.