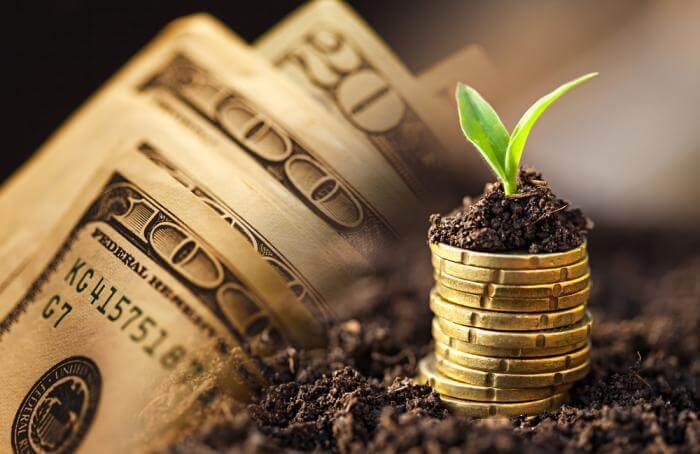 UCLA Anderson Forecast’s second quarterly report in 2016 for the United States calls for continued slow but steady GDP growth in the 2% range.

As forecast in the spring report, national economic growth will be driven by increases in consumer spending and housing, along with an end to the inventory correction currently underway. In California, the Forecast anticipates continued steady gains in employment through 2018 and a steady decrease in the unemployment rate over the next two years. California’s unemployment rate is expected to be insignificantly different from the U.S. rate at 5.1% by the end of the forecast period.

In his Forecast essay for the nation, UCLA Anderson Forecast Director Ed Leamer takes a deep dive into the factors driving the current U.S. economy, one that has been growing steadily at 2% following quarterly growth rates of 3% for the 40 years between 1965 and 2005. Leamer writes that growth since 2010 has been so eerily steady that it is defining an entirely new corridor at 2% instead of 3%. “Something is different, terribly different. What should forecasters be thinking?” Leamer asks. “We are thinking 1.7% real GDP growth in 2016, 2.8% in 2017 and 2.1% in 2018, averaging 2.2, with a strong labor market averaging about 200,000 increases in payrolls per month and a steady unemployment rate around 5%. More of the same, in other words. We are starting to see more evidence of inflation ahead, and are forecasting interest rate increases to keep real rates of interest pretty constant.”

Leamer’s essay examines the factors that led to the current state of the U.S. economy, specifically gross domestic product and employment. The article breaks down the historical performance of GDP (since 1951) and notes that the current economy’s roots date back most likely to 1990. These include: the elements that go into factoring GDP, including ways intellectual and creative services are measured and whether real GDP is being measured correctly now (and then); population and aging demographics; the impact of changing demographics on employment and workforce participation; how worker productivity is measured, since the nation’s productivity is not dependent on the numbers of people employed, but rather the number of hours they work and how productive they are while working.

While the Forecast continues to be on track for moderate growth, enthusiasm has dampened and expectations are revised slightly downward. Instead of looking for 3.3% growth in real GDP for 2016 on a fourth quarter-basis, the Anderson Forecast anticipates a more modest 2.7% growth rate. Despite the lower GDP growth rate, the economy remains on track to create 2.7 million jobs this year and 2.1 million jobs next year, as the economy operates at full employment. Consistent with the April statement from the Federal Reserve Board, the Forecast still expects two or three increases in the Fed funds rate, with the first one expected this July. As above, growth will be driven by increases in consumer spending and housing, coupled with the end of the inventory correction we are now experiencing. Despite coming off a weak first quarter of 2016, real annual GDP is expected to grow 1.7% this year.

In his latest essay regarding the California economy, UCLA Anderson Senior Economist Jerry Nickelsburg focuses on the state’s employment situation. “Employment in California has grown steadily and is now at record levels. The number of payroll jobs is now at 16.4 million and is 6% above its previous peak,” writes Nickelsburg. “The number of people employed, including farm labor and the self-employed, is now at 18.1 million and 6.2% above its previous peak. One might claim that this is not near enough, since California’s population has grown by 9.5% since 2007 and therefore the state is a bit away from that elusive full employment level. However, it is not the population per se, but the age profile of the population that matters when considering full employment.” Nickelsburg’s look at California revisits the notion of “the bifurcated California” – the idea that inland California, with its traditional manufacturing, government and agriculture, continue to suffer in terms of employment, while the coast, with its technology, information and trade sectors, led the recovery.

While California experiences “full employment,” Nickelsburg warns of a number of risks, including the extension of Prop 30, which is on the September ballot (Prop 30, first passed in 2012, taxes the state’s top earners at a higher rate, leaving the state government vulnerable in times of recession) and the upcoming presidential election, as the next president’s policies might have an impact on international trade, a sector on which California relies.

The California Forecast has been revised downward slightly, as a consequence of slower than expected growth in the U.S. in 2016. The current Forecast calls for continued steady gains in employment through 2018 and a steady decrease in the unemployment rate in California over the next two years. Nickelsburg expects California’s unemployment rate to be insignificantly different from the U.S. rate at 5.1% by the end of the forecast period.

Letting The Air Out of the Commercial Real Estate Balloon

In a companion essay, UCLA Anderson Senior Economist David Shulman examines the nation’s commercial real estate sector. Citing a number of factors, including “cheap money, low levels of new construction, except for apartments and modestly improving demand, we are truly living in heady times for commercial real estate,” Shulman writes. But, it seems the heady times are slowly ending.

Shulman’s essay notes that the combination of a less favorable financial environment along with weakening fundamentals arising from increased supply and reduced demand will likely bring to an end the seven-year bull market in commercial real estate. “To be sure,” he says, “we are in no way forecasting a ‘crash’, but rather an extended period of sideways to down prices. Simply put, financial conditions will transition from being extraordinarily easy to just plain easy, making it unlikely for us to witness a repetition of the events of 2007-2009.”

The Middle Class Across the United States

In a second companion essay, Forecast Economist William Yu looks at the implications of the country’s shrinking middle class. Yu’s report concludes that: during the past four decades, the middle class in the U.S. has been shrinking, share of the upper class has been rising and the share of the lower class remains stable; the statistics reveal a source of frustration, as real median household income in the U.S. has been stagnant since 2000; due to high cost of housing, Los Angeles has the lowest homeownership among 40 of the largest metropolitan areas; and Los Angeles has the largest share of lower class residents with a smaller share of the middle class.

Yu says that without improvements in Los Angeles’ public education and investments in human capital, the local economy will continue to be bifurcated.