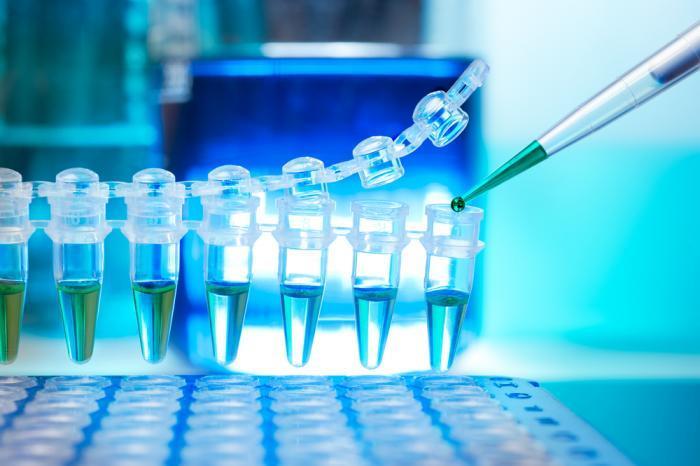 At Ohio Secretary of State Jon Husted’s unprecedented directive, local election boards in Ohio were forced to recertify voter signature petitions for the Ohio Drug Price Relief Act, a citizen-driven ballot initiative for a law to rein in drug prices for state programs in Ohio.

Members of Ohioans for Fair Drug Prices today blasted Ohio Secretary of  State Jon Husted for continuing to willfully obstruct the law by defying his statutory obligations regarding certification of voter signatures and the transmission of ballot initiative language to Ohio’s General Assembly for a citizen-driven ballot initiative that will change Ohio law to lower drug prices for all state programs. The proposed law, The Ohio Drug Price Relief Act, will amend Ohio law to require state programs pay the same or less for prescription medications as the U.S. Department of Veterans Affairs. Backers plan to have the initiative appear on Ohio’s November 2016 presidential election ballot.

Local election boards initially certified their respective voter signatures in late December. Husted had a statutory obligation to transmit the initiative language for the proposed law on to the General Assembly on January 4th, the opening day of the legislative session.

However, on January 4, 2016, Husted took the unprecedented step of asking Ohio’s county boards of elections to re-examine all voter signatures on the initiative petitions after receiving a letter on behalf of opponents of the proposed law. He also failed to transmit the proposed law on to the General Assembly. The move, a monthlong—and continuing—delay was widely viewed as an effort to derail the initiative’s chances of getting placed on the November ballot.

It was also seen as a baldfaced political move by Husted at the bidding of Bricker & Eckler LLC, the Columbus law firm representing the Pharmaceutical Research and Manufacturers of America (PhRMA), the drug industry’s powerful and deep-pocketed trade group. Bricker & Eckler has contributed over $44,000 to Husted’s various election campaigns over the       years.

Ohio counties met Husted’s own January 29th deadline for signature recertification at a validation rate over 98.5%; however, Husted is now continuing to willfully defy his statutory obligation to transmit the initiative language on to the General Assembly.

“We are furious, but not surprised that Secretary Husted is obstructing laws that he has sworn to uphold. Husted again failed to fulfill his  statutory obligation and transmit our initiative language and the proposed law on to the Assembly for its consideration—an action he should have taken one month ago,” said Tracy Jones, Executive Director of the AIDS Taskforce of Greater Cleveland and one of the four Ohio citizen proponents of the initiative. “We have now lost a full month and are continuing to lose critical time in the initiative process, with a July 6th deadline looming for possible additional signature gathering. At least Ohio voters now see the incredible hypocrisy of Secretary Husted, an ‘outlaw’ politician and       Ohio gubernatorial candidate who is clearly bought and paid for by pharma, with no hatchet job too small for him—and apparently no drug priced too high—for Ohioans he allegedly serves.”

After Husted returned the signature petitions to local election boards and refused to fulfill his statutory duty to transmit the       initiative language and the proposed law to the Assembly for its consideration, AIDS Healthcare Foundation (AHF), the primary backer of the initiative, filed lawsuits in the Supreme Court of Ohio (Case  # 2016-20) as well as United States District Court, Southern District of Ohio, Eastern Division also seeking a temporary restraining order [Case: 2:16-cv-00038-JLG-NMK Doc. #:1] and motion for a temporary restraining order [Case: 2:16-cv-00038-JLG-NMK Doc. #:2] and to compel Secretary Husted to validate the signature petitions and transmit the proposed law to the Assembly. Both lawsuits and the motion for a TRO remain pending, and the Federal Court has scheduled an in-person status conference for this Friday, February 5th, at 10:30 a.m.

The lawsuits were filed by McTigue, McGinnis & Colombo LLC on behalf of the four individual proponents of the drug pricing initiative as well as AIDS Healthcare Foundation (AHF), a backer of the initiative that has a major presence in Ohio offering HIV prevention, testing and HIV/AIDS treatment and pharmacy services in the state.

“The local election boards had reviewed and certified our petitions in accordance with Secretary Husted’s instructions by the end of December,and the boards reported that there were more than sufficient valid signatures, yet because Secretary Husted was unwilling to fulfill his statutory obligation under the Ohio Constitution, we sought the courts’ assistance to ensure this proposed drug pricing law could be placed before the Ohio legislature and/or before voters in November,” said Don McTigue, Attorney at Law with McTigue, McGinnis & Colombo LLC. “Last February, Secretary Husted ruled exactly the opposite as he did on signature petitions for the Ohio Drug Price Relief Act in a near identical dispute over signature validations in a separate Pickaway County Board of Elections case.”

Part of Husted’s hesitation in certifying the drug pricing signature petitions concerned the validity—and actual number—of signatures on specific individual signature petition papers filed and certified locally. However, according to state records, on February 23, 2015,Secretary Husted broke a tie of the Pickaway Board of Elections in a case quite similar to the incumbent drug pricing initiative case in which he then stated:

“It is well-settled law that a board of elections cannot reject  a part-petition solely because the circulator statement indicates that it contains more signatures than it does.” “Further I have consistently instructed boards of elections ……. [i]f the number of signatures reported in the statement is equal to or greater than the total number of signatures not crossed out on the part-petition, then the Board does not reject the part-petition because of inconsistent signature numbers.  Instead, the Board must review the validity of each signature as usual.” “In light of this instruction and the long-standing case law, I break       the tie in favor of validating Mr. Ford’s [Pickaway County] petition.”

In the Pickaway County cases, there were at least two (2) petitions in question—one with eight  signatures and one with 21, but the circulator wrote that he witnessed 25 signatures on each. These are the very same type of alleged discrepancies that Husted cited last month when he completely halted the entire initiative process on the drug pricing measure.

On August 3, 2015, Ohio Attorney General Mike DeWine approved petition language for a drug pricing ballot initiative in Ohio seeking Department of Veterans Affairs pricing for state programs. On August 13th, the Ohio Ballot Board approved the proposed statute as a single issue.As a result, that measure, backed by AHF and Ohioans for Fair Drug       Prices, was cleared for signature gathering—an effort that began in earnest August 19th in Ohio.

At that time, the Cleveland.com website (the Northeast Ohio Media Group) reported, “Supporters can now begin collecting the 91,677 signatures of registered Ohio voters required to put the issue before the Ohio General Assembly. State lawmakers would then have four months to act on the legislation. If they reject or change the proposed law, supporters then have the chance to collect another 91,677 signatures to put the issue before voters.”

Backers of the Ohio Drug Price Relief Act submitted 116,015 voter signatures, far more than the 91,677 needed to qualify the initiative. In the last week of December, after local election officials of Ohio’s 88 counties had certified their respective signatures, backers were awaiting the formality of the Secretary’s official certification of signatures and his subsequent transmission of the proposed initiative language to Ohio’s General Assembly when Secretary Husted instead returned the signature petitions and then failed to transmit the proposed law to the Assembly.

According to the Ohio petition language, “The Ohio Drug Price Relief Act would enact Section 194.01 of the Ohio Revised Code to require that  notwithstanding any other provision of law and in so far as permissible under federal law, the State of Ohio shall not enter into any agreement  for the purchase of prescription drugs or agree to pay, directly or indirectly, for prescription drugs, including where the state is the ultimate payer, unless the net cost is the same or less than the lowest       price paid for the same drug by the U. S. Department of Veterans Affairs.”