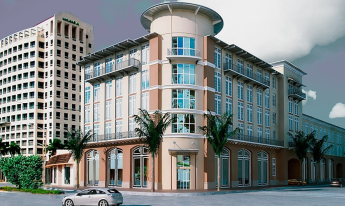 The real estate market in Manhattan and Brooklyn continues to cool, according to the Q3 2016 StreetEasy® Market Reportsi. Manhattan rents, however, are now rising faster than Manhattan sale prices. Median rent rose 3 percent over the past year, while median resale price increased by 1.1 percent, which marks the slowest pace of growth since Q4 2010ii.

Resale prices rose the most in the Upper Manhattan (3.6 percent) and Midtown (2.2 percent) submarkets. The most expensive submarket, Downtown, was the only submarket with declining prices year-over-year (-0.5 percent). Median rent in the borough increased 2.9 percent year-over-year to $3,309, surpassing annual resale price growth for the first time in four yearsiii.

As rents continue to increase, this may be a good time for renters to consider buying. The StreetEasy Tipping Pointiv looks at how long a New Yorker would need to stay in a home before buying beats renting financially. In Manhattan, the tipping point is 9.2 years, but in Upper Manhattan the tipping point is 3.4 years, making it a sound investment for those who plan to live in the area at least three and a half years. By contrast, the Downtown submarket’s more expensive housing stock stretches the tipping point to a daunting 19 years.

In Brooklyn, the tipping point fell slightly year-over-year from 3.8 to 3.6 years, nearly three times shorter than that of Manhattan. South Brooklyn had the shortest tipping point (2.8 years), followed by East Brooklyn (3.5 years) and Prospect Park (5 years).

“Uncertainty surrounding the presidential election and rising interest rates is likely having a cooling effect on the New York market,” said StreetEasy economist Krishna Rao. “While people  generally don’t like to make big financial decisions in volatile times, it may help buyers to know where their investment will pay off more quickly. In parts of Brooklyn for example, a home buyer could break even in under three years.”

Over the next year, Manhattan rents will continue to outpace resale prices, with rents rising 3.9 percent compared to sales rising 1.2 percent, according to StreetEasy’s forecastv. Upper Manhattan’s median rent is expected to increase the most at 5.5 percent.

Brooklyn’s median resale price will increase 3.7 percent over the next year. The biggest gains will be seen in Prospect Park (8.1 percent), while North Brooklyn and East Brooklyn are expected to see resale prices drop by 0.6 percent and 3.8 percent, respectively. Median rent price in Brooklyn will increase 3.0 percent with North Brooklyn’s median rent rising the least at 1.1 percent.