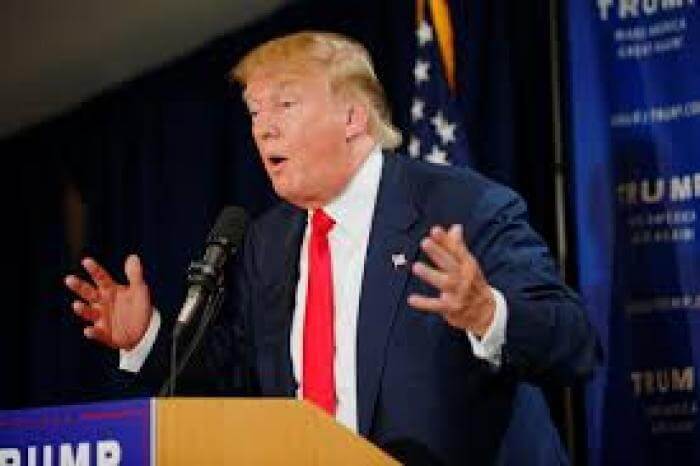 Donald Trump is wrapping up misguided policies that will potentially threaten the U.S. and global economy with sensible supply side reforms, warns the boss of one of the world’s largest independent financial advisory organisations.

The comments from Nigel Green, founder and chief executive of deVere Group, come as the outspoken billionaire frontrunner prepares for the latest Republican presidential candidate this evening.

Mr Green observes: “Trump is a Big Picture guy – and he has the soaring rhetoric to go with it. But the details of his economic plans appear sketchy. The nuts and bolts of ‘Trumponomics’ are somewhat hard to decipher.”

He continues: “It is alarming that the most visible and recognizable GOP candidate seems to be using his more sensible policies to disguise the more ill-conceived ones; ones that potentially threaten the U.S., and therefore the global, economy.Specifically, he has set out bold supply side reforms to restructure and simplify America’s tax code. Most Americans, he says, will end up paying less tax.

“Generally, the more dollars in the pockets of businesses, workers and families who can spend, invest and save as they please, and less in the government’s coffers – which are wide open to waste and abuse – the better.”

The highest marginal income rate would drop from nearly 40 per cent to 25 per cent, middle-income earners would pay 10 or 20 per cent, and anyone earning less than $25,000 a year would pay no income tax at all. Trump would ditch the marriage penalty and the estate tax and the alternative minimum tax. Companies would pay a maximum of 15 per cent of their income to the government.

He goes on to say: “However, behind the headline spinners are some misguided policies that could cost the U.S., and therefore global, economy.For instance, Trump’s immigration policy is achingly naïve. If it were enforced, the labour force would shrink and real GDP would fall. Both supply and demand would be affected.

“Take a look at just one sector – agriculture, which is dependant on cheap immigrant labour. Farming incomes would fall and food will become more expensive.Trump loves to talk trade and to show he is a hustler. Whilst it is true he has exceptional form in business, his political policies are somewhat flawed.He intends to negotiate with China to prevent it from manipulating its currency – and keeping it too low for U.S. manufacturers from competing.

“The fact of the matter is when China’s currency is devalued, their goods become cheaper and Americans get to buy things cheaper than if they were produced in America. He claims this plan would bring back jobs to the U.S., but it is highly questionable if those jobs would come back. Indeed, many argue the jobs to which he’s referring are ‘the jobs of yesterday.’

“In addition, Trump wants to impose tariffs on imported goods. He has proposed a 35 per cent tax on non U.S. car manufacturers, for example. Again, this might bring back American jobs, but there’s a good chance that it won’t and that American consumers simply end up paying more – 35 per cent more – for products made outside the U.S. and this, surely, would hit the American economy.”

deVere CEO Nigel Green concludes: “Donald Trump is wrapping up misguided policies that will potentially threaten the U.S. and global economy with sensible supply side reforms. Beware the wolf in sheep’s clothing of Trumponomics.”