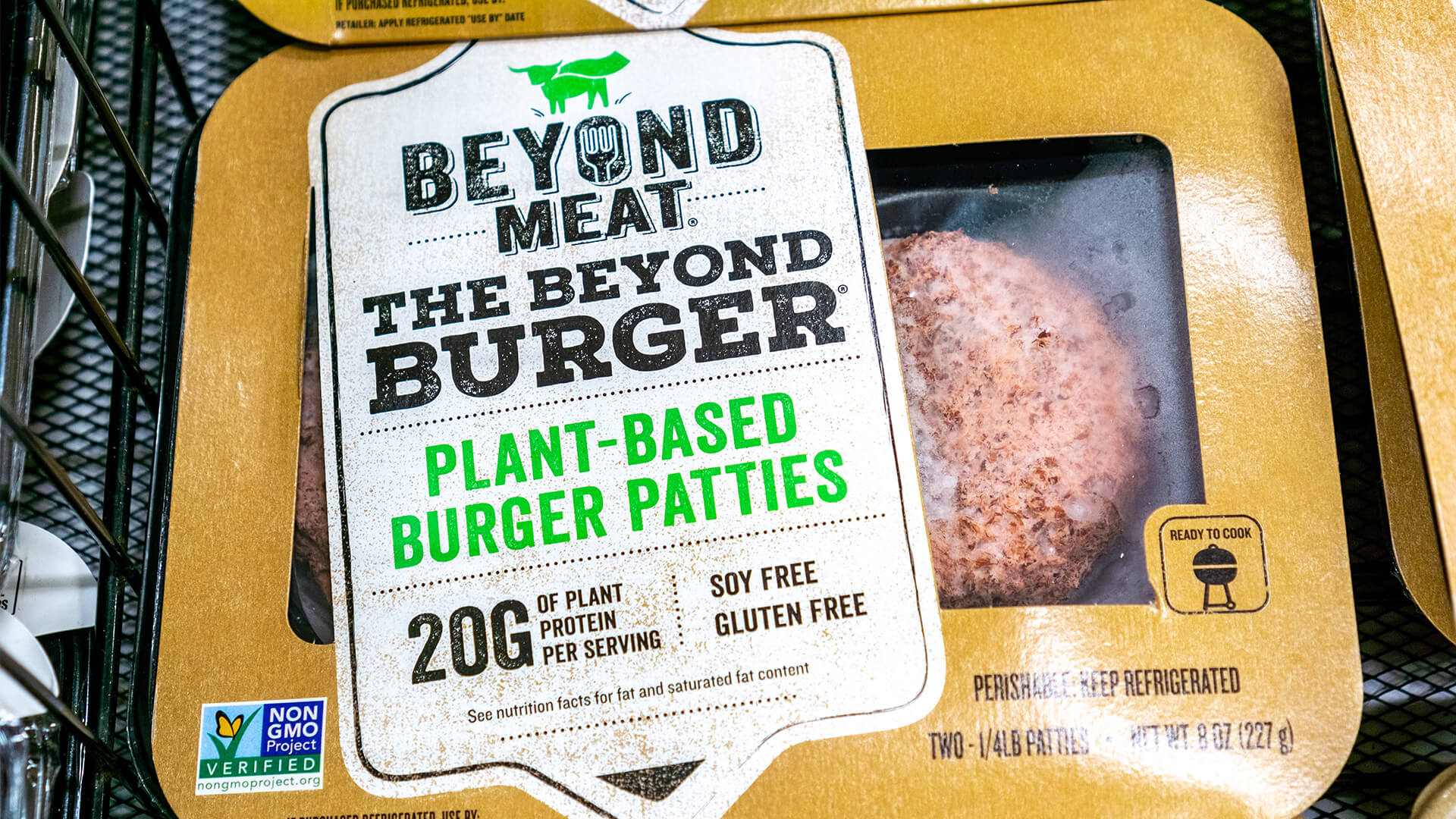 By Lisa Kramer, University of Toronto.

The plant-based foods sector is also starting to sizzle. Consumers are increasingly following the advice of the new Canada Food Guide, which highlights the nutritional benefits of protein sources like nuts, beans, legumes, pulses and tofu in place of meat, eggs, fish and dairy products. And these eating habits are expected to stick, with a recent report anticipating that up to 60 per cent of “meat” may come from non-animal sources by the year 2040.

This is the same company that also enjoyed one of the hottest initial public offerings of the year, rising more than 150 per cent on its first day of trading earlier this year. Overall, the stock’s price is up about 400 per cent since its debut.

Adapting to shifting consumer preferences, several Canadian restaurant chains have introduced plant-based items to their traditionally meat-laden menus. When A&W Canada launched the Beyond Meat Burger last fall, restaurants across the country sold out within days and took months to restock sufficient supplies to ensure a smooth relaunch.

Tim Hortons now sells vegan breakfast sausages, Quesada introduced tacos made with veggie meat and Earl’s has launched its own Beyond Burger as well as a new vegan menu.

Canadian grocery stores are also catering to consumers’ predilection for plant-based meats. Last month, mainstream supermarkets across the country began carrying the Beyond Burger, with some opting to place the product not in the health food aisles but instead in the butcher section alongside steaks and ribs.

With many consumers avoiding animal-sourced protein, “the opportunity emerges to shift focus to developing and producing alternate types of food,” says DietHive.com.

And some retailers have additionally developed their own in-house varieties of plant-based foods, including the President’s Choice selection of veggie burgers, chicken-less fingers and beef-free crumble. Furthermore, shoppers now face an embarrassment of riches in the dairy section, with anyone seeking to avoid cow’s milk enjoying a choice of beverages made from soy, almond, coconut and oat.

These developments are indicative of a sea change in the market for vegan foods, with demand coming not just from vegetarians. Meat eaters, too, are drawn by the lower health risks associated with non-animal sourced proteins, a desire to reduce the environmental impact of their food choices and concerns about animal welfare.

But some industry groups are attempting to push back against the plant-based food movement. In January, the Canadian Food Inspection Agency received a complaint about non-dairy products “being labelled as ‘cheese’ when they are allegedly not.”

Likewise, the Quebec Cattle Producers Federation recently expressed concern that calling veggie burgers “plant-based meat” is misleading to consumers, noting that the regulatory definition of meat is “the carcass of a food animal, the blood of a food animal, or a product or by-product of its carcass.” Yum?

But studies support the view that consumers are not the least bit confused by the use of monikers such as “milk” or “meat” in reference to plant-based foods. This makes sense, given the products’ labels tend to feature prominent information about their origins. And so prudent producers and retailers are preparing for the future by catering to consumer preferences for these foods rather than fixating on the past.

An important lesson emerges from another industry that faced a major shift in consumer demand. When digital photography was emerging as a new technology, a then-leader of the photography sector, Kodak, faced a difficult choice.

he company could cannibalize its own camera film sales to become an early leader in the digital space, which would be painful but potentially lucrative. Or it could try to postpone the inevitable and cling to a fading technology. Kodak chose the latter path, and the competition ate their lunch.

Now tech companies like Panasonic, Sony and Samsung stand alongside Canon and Nikon to dominate the world of digital photography, leaving Kodak a mere shadow of its former self.

Forward-looking meat-producing companies must reframe their thinking to recognize that they are in the protein production business. With many consumers avoiding animal-sourced protein, the opportunity emerges to shift focus to developing and producing alternate types of food.

Adapting to the future

The federal government stands ready to facilitate such changes, recently introducing more than $150 million in funding for the Proteins Industry Canada “supercluster,” aiming to encourage farmers and entrepreneurs in the Prairies to use new technology to increase the value of Canadian crops such as canola, wheat and pulses.

With a surge in demand for commodities like peas, which are a key ingredient in products like the Beyond Burger, savvy Canadian farmers and producers are pivoting to adapt. Industry giant Maple Leaf Foods, for one, recently announced an investment of US$310 million to expand their plant-based offerings.

With all of these changes, investors in companies that are in the business of producing plant-based food stand to be winners, as does anyone who aims to enjoy the taste and texture of meat without the downsides of conventional meat.