Wine Fit for a Winters Day 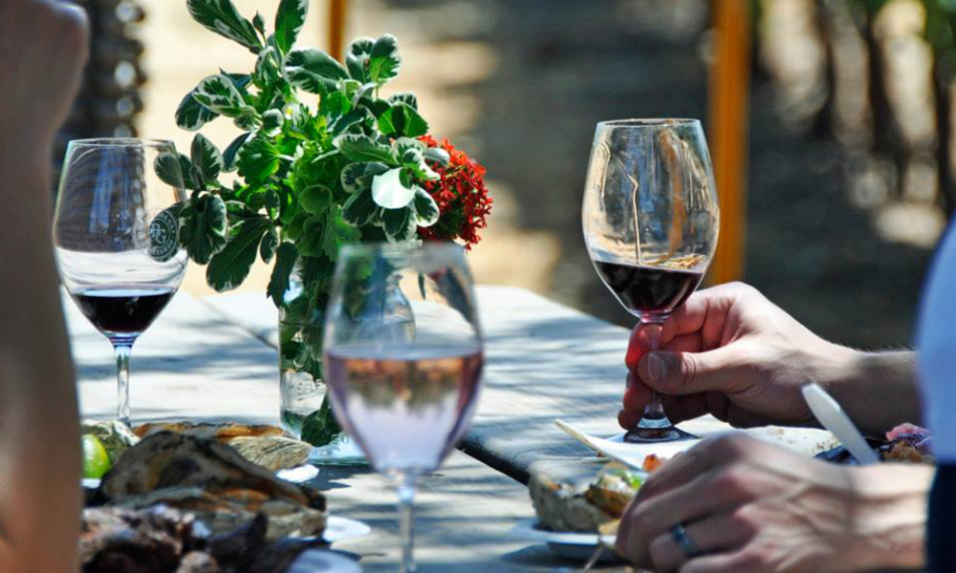 Wine Fit for a Winters Day

Berryessa Gap Vineyards offer award-winning, estate-grown Yolo County wines. Jillian Guernsey provided us with an overview about what services the Winery offers and what makes them special.

Berryessa Gap’s vineyards lie on the east slope, beneath a break in California’s Coastal Range known to locals as the Berryessa Gap, a prominent and beautiful landmark.

Berryessa Gap Vineyards’ is as integral to the town of Winters as that natural fixture. The Martinez family, who own Berryessa Gap, have been instrumental in the development of the entire region. The Martinez family’s rich history and commitment to the industry started in 1969 with a rootstock business, opened by patriarch Dan Martinez Sr., whose children are still at the helm of the winery today.

That family atmosphere imbues every aspect of the company with a personal touch. When a customer joins the Wine Club, the associates exuberantly welcome the new member to “its family.” Crucial to its success, the team really treat clients as family. Their wine club members span the entire country and their loyalty to Berryessa Gap cannot be rivalled. The winery hosts special events in their honor, including one each year where the members get to create their own blends and vote on which gets bottled. The resulting blend is then sold exclusively to wine club members.

Berryessa Gap Vineyards has long been known locally for its stellar wines, but in the past few years it has been singled out at many national and international competitions. This is due in no small part to the leadership of winemaker Nicole Salengo, who started at Berryessa Gap in 2013. Salengo, who brings over a decade of winemaking experience to Winters, is deeply passionate about the area’s unique terroir (a combination of climate, soil types and other natural elements in the area that add to the flavour of all wines produced). The comparatively warm summer days and cool nights in Winters presents a particular challenge. The finicky Burgundian Pinot noir becomes thin and uninteresting in warmer areas. Conversely, many varieties originally from Mediterranean climates thrive on heat. Berryessa Gap focuses with great success on these wines: Barbera from Italy, Albariño, Verdejo, and Tempranillo from Spain, Malbec, Syrah and Petite Sirah from the South of France. Their wines are easy-todrink and unfussy, yet impressive and complex. Each wine is able to showcase what this area can do when you have the right people working hard toward a common goal.

In 2013, that persistence and grit was rewarded. The Spanish white grape Verdejo, known for its crisp acidity and lean minerality, is largely unknown other than by the most knowledgeable of oenophiles. Berryessa Gap sought to change that. The primary reason it stayed obscure? The United States did not recognize it as a variety. You could make Verdejo, but it would remain unlisted on the bottle and could only legally be called “white wine”. Berryessa Gap changed that. Following much research, co-owner Corinne Martinez submitted a heartfelt plea to the United States government to raise the status of Verdejo. Thus, after months of examination, Verdejo was approved as a variety name for the entire country. That letter of approval is proudly displayed in their offices, as a reminder that persistence pays off.

While Berryessa Gap is deeply entrenched in, and proud of, the history of the town, their steadfast commitment to embracing the future is truly what sets them apart. As with the town of Winters itself, Berryessa Gap has changed with the times, and continues its ambitious journey with yet more transformations to come. Some of the most exciting developments on the horizon include expanding their vineyard from the already vast 65-acre parcel to an impressive 80 acres, and serving carefully curated food pairings along with their wine tastings, both of which launch in the coming months.California State Route 128, which runs through the heart of Winters as well as right past Berryessa Gap, is also gaining official status as a historic wine trail.

Highway 128 runs all the way to the coastline, but the first stop of this scenic wine trail belongs to Berryessa Gap. To accommodate the intrepid travellers, Berryessa Gap has remodelled and expanded their tasting room, as well as created various souvenir items for purchase that proudly states “your journey starts here”.

Overall, it is apt that the winery is at the very beginning of the trail. The increasing prestige of Winters and Berryessa Gap entails many more changes to come for the winery. Though some may be concerned that progress means changing too quickly, or forgoing tradition, Berryessa Gap has proven time and again that they have the mettle to withstand the changes coming their way. As has always been the case for the plucky crew at Berryessa Gap, they will continue to be devoted to each other, to the company, and to the profound history that binds them together. That, along with their mindfulness of potential future innovations, suggests a company on the rise, an abiding reminder of the power of collaboration and uncompromising resolve.