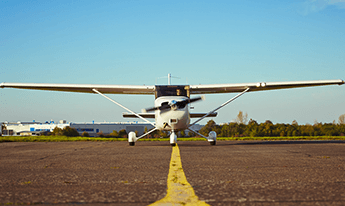 A twin engine aircraft carrying 500 kilos of cocaine was intercepted by a Brazilian Air Force (FAB) A-29 Super Tucano in Goiás state, Central-West region, on Sunday (June 25), as part of Operation Ostium, a joint crackdown on crossborder crime carried out by the FAB, Federal Police and public security agencies.

According to a statement from Brazil’s Air Force, the plane took off from Itamarati Norte ranch in Campo Novo do Parecis, Mato Grosso, bound for Santo Antonio Leverger, Mato Grosso. The FAB pilot ordered a route change and a compulsory landing at Aragarças airdrome in Goiás. The intercepted aircraft followed the instructions from the air defense at first, but instead of landing at the airdrome as indicated, it swooped. The FAB pilot again ordered it to change route and land, but the airplane did not respond and was held as hostile.

The FAB A-29 fired a warning shot to force the pilot of the intercepted aircraft to comply with Air Defense orders, and again ordered a compulsory landing. The twin engine plane still did not respond, landing in the rural area of Jussara, Goiás. A State Military Police helicopter was sent to search the area.

The Federal Police and the FAB have not disclosed the name of the pilot.

The plane will be taken to the Goiás Military Police in Jussara, and the seized drug will be sent to Federal Police in Goiânia.